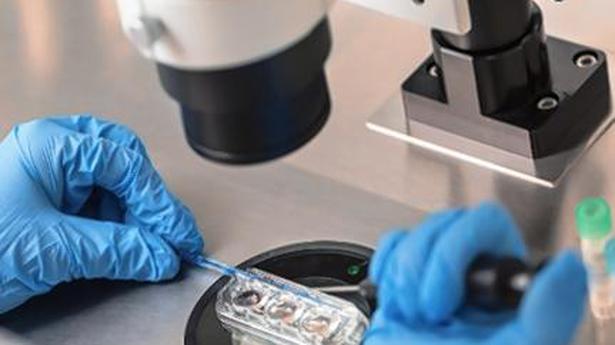 A Dutch doctor at the centre of an IVF scandal fathered at least 49 children, an organisation representing parents and children born through his now-closed clinic said.

Jan Karbaat, who died in 2017, is the father of 49 children born after women visited his Rotterdam clinic where he used his own sperm instead of sperm from a chosen donor to inseminate them, Defence for Children said.

Results of DNA tests conducted on Friday at a hospital “showed that 49 children in the case are direct descendants of the late Karbaat,” the organisation said. “The results confirm serious suspicions that Karbaat used his own sperm at his clinic,” Defence for Children added.

The case became public after a Dutch court ruled in February that the results should be made available to parents and children to conduct their own comparisons.

Before his death, aged 89, Dr. Karbaat reportedly admitted to having fathered about 60 children in his time at the discredited clinic which closed in 2009.

Dr. Karbaat later also admitted to mixing sperm from various donors and issuing fraudulent donor documentation, the Dutch daily newspaper NRC reported. The group of suspected “Karbaat children” dragged his family to court to force them to release Karbaat’s DNA profile, which was kept locked in a safe.

The Karbaat family’s lawyers had argued that their clients’ right to privacy had to be respected.

Indonesian police said on Thursday that they have arrested 230 people suspected of starting some of the fires that are spreading health-damaging haze across a large part of Southeast Asia. Among those arrested are three men who were caught Monday while trying to clear land to plant crops in Tesso Nilo National Park, which is […]

9 die in stampede as Brazilian police clash with party crowd

Police officers pursuing fleeing suspects clashed with people at a street party in a Sao Paulo slum, setting off a stampede in which nine people died, Brazilian officials said Sunday. The state’s security agency said police were carrying out an operation when they were attacked by two men on a motorcycle and officers gave chase […]