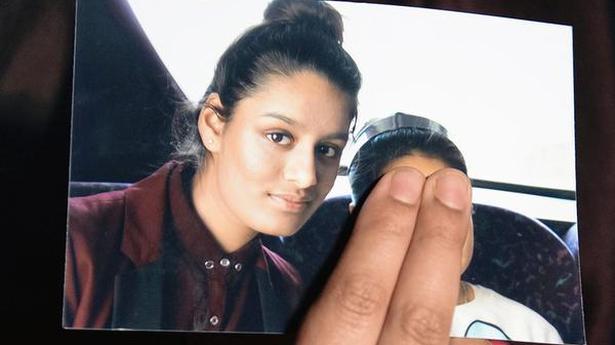 The Dutch man who married a British teenager after she ran away to join the Islamic State group says he wants to return home to the Netherlands with Shamima Begum and their newborn son.

Yago Riedijk (27), told the BBC from a Kurdish-run detention center that he met Begum within days of her arrival in Syria when she was 15. He said in an interview aired Sunday that the marriage was “her own choice.”

When asked if marrying a 15-year-old was appropriate, he said- “To be honest, when my friend came and said there was a girl who was interested in marriage, I wasn’t that interested because of her age, but I accepted the offer anyway.”

Riedijk says that while he fought for IS, he now rejects the group and tried to leave it.

Begum fled east London with two other friends to travel to Syria to marry IS fighters in 2015 at a time when the group’s online recruitment program lured many impressionable young people to its self-proclaimed caliphate.

Begum, now 19, resurfaced at a refugee camp in Syria and recently told reporters she wanted to come home. But her apparent lack of remorse has triggered criticism in Britain and the family has expressed its own shock at her lack of repentance.

Although it’s unclear if Begum has committed a crime, her comments and those of her husband throw into sharp relief larger questions about how Western societies will deal with others who joined IS, but want to return to their home countries now that the extremist group is on the verge of collapse.

Former National Security Agency contractor Edward Snowden has written a memoir, telling his life story in detail for the first time and explaining why he chose to risk his freedom to become perhaps the most famous whistleblower of all time. Snowden, who now lives in Russia to avoid prosecution in the US, says his seven […]

Gurdwara Sri Singh Sabha in Slough, part of Greater London, displays two huge Khalistan banners in its main hall. It is one of the main gurdwaras of the area that elected first turban clad Sikh MP of the Britain, Tanmanjeet Singh Dhesi. Speaking to India Today, the former president of the gurdwara, Joginder Singh Bal […]