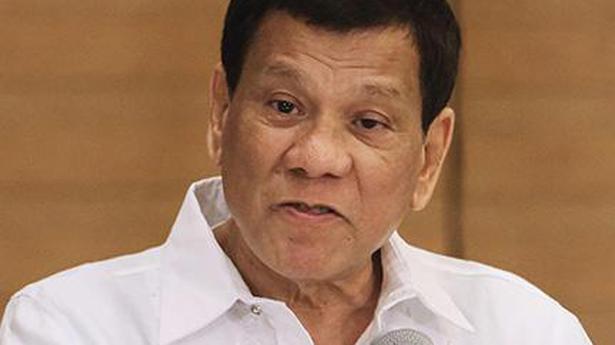 The Philippine president has warned he would declare a revolutionary government and arrest his detractors and outlaws if he says he’s pushed to the wall.

President Rodrigo Duterte made the threat late Thursday in a speech where he expressed his exasperation with criticism even while he’s trying to fight irregularities. Mr. Duterte has been known for provocative remarks, which his spokesmen have often played down as hyperbole when they spark a backlash.

Mr. Duterte says- “I have enough problems with criminality, drugs, rebellion and all, but if you push me to the extreme, I will declare the suspension of the writ of habeas corpus and I will arrest all of you.”

The Trump administration ended a week of pointed but vague threats of a military response to the Venezuelan political crisis with a meeting at the Pentagon to consider its options, though there was still no sign any action was on the horizon. Shortly after Acting Defense Secretary Patrick Shanahan and other senior officials reviewed options […]

Career diplomat Moin-ul-Haq has been appointed as Pakistan’s new High Commissioner to India to start a new process of engagement with the country where a new government will be formed soon, amid strained relations between the two nuclear-armed neighbours. Prime Minister Imran Khan on Monday approved appointments of over two dozen ambassadors in various countries […]

Failure to stop coronavirus at source led to 184 countries ‘going through hell,’says Trump

The total number of U.S. deaths from COVID-19 have reached 58,351 Source: thehindu.com Related