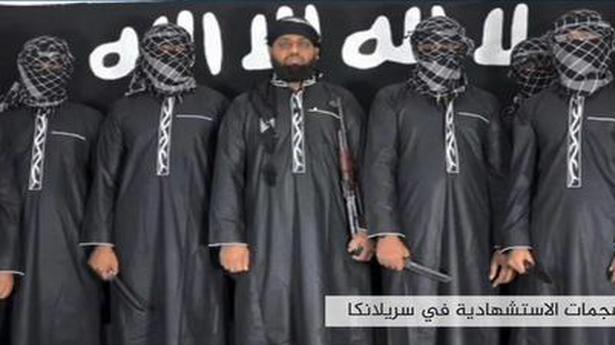 Zahran Hashim, alleged mastermind of the Easter Sunday terror attacks in Sri Lanka, likely transited Tamil Nadu when he travelled to other Indian cities, according to Sri Lankan authorities.

However, officials have not, so far, found any air travel records or immigration entries confirming that Hashim flew to India. “It’s possible that he went from Mannar to Tamil Nadu by sea,” Sri Lankan Army chief Lieutenant General Mahesh Senanayake told The Hindu on Sunday. Collaborating with intelligence agencies in the region, including India, Sri Lanka would probe the extent of such regional networks, he added.

Even as investigators zoom out to understand the suicide bombers’ regional footprint and apparent links with the Islamic State, they are zooming into Batticaloa on the eastern coast, and Colombo on the West coast.

Most of the activities of the suicide bombers were traced to these two cities.

Based on information gathered so far, top security officials said they have reason to believe Zahran Hashim travelled to Bengaluru, Kashmir and parts of Kerala in late 2018. They think Hashim possibly went to those places to network with fellow radicals and jihadists, build links in the region and possibly with actors outside, according Lt. Gen. Senanayake. “We don’t know what exactly they did there, but surely, they didn’t go on a pilgrimage,” he told The Hindu.

When The Hindu earlier contacted Indian officials, they would not confirm Hashim’s movements in India, but nevertheless pointed to evidence of virtual links he maintained with a group of youth, they believed, were Indian.

Sri Lankan authorities have so far identified nine suicide bombers linked to the April 21 serial bombings. Following the carnage, security officials drew up a list of 139 persons allegedly linked to the attacks. Most have been arrested, according to officials. “Many are still in custody. The CID and police are interrogating them,” Lt. Gen. Senanayake said.

While closing in on suspects from the local Islamist radical outfits National Thowheed Jamaath (NTJ) and the Jamathei Milathu Ibrahim (JMI) over the last two weeks, authorities have found that eight of them, including two women, had pledged allegiance to the IS and its leader Abu Bakr al-Baghdadi.

Investigations so far have also revealed that Hashim, in different conversations prior to the attacks, repeatedly mentioned having received messages from “Sham”, referring to Syria. “It seems that he was flaunting the connection to command more respect and authority among local radicals whom he was trying to recruit for the assignment,” the commander said.

The material used in the explosions has been identified as “TATP”, or triacetone triperoxide. “They were not very sophisticated bombs; in fact a couple of them had washing machine timers. The suicide bombers may have watched online tutorials and made the bombs locally,” Lt. Gen. Senanayake said. While both international and local dimensions continue to emerge in the probe, which several international agencies including the FBI are assisting, investigators are trying to piece together the full plot.

“With Ramzan [Islamic holy month] and Vesak [Buddhist festival] this month, we want to take every possible measure to ensure that the country is safe and peaceful,” Lt Gen. Senanyake said.

U.S. regulators on Friday gave the green light for genetically modified cotton to be used for human consumption, paving the way for a protein-packed new food source — edible cottonseed that tastes a bit like chickpeas — that its developers said could help tackle global malnutrition. The Food and Drug Administration’s decision on the cotton […]

Saudi Arabia’s giant state oil company finally kick-started its initial public offering (IPO) on Sunday. It announced its intention to float on the domestic bourse in what could be the world’s biggest listing as the kingdom seeks to diversify its economy away from oil. But in its long-awaited announcement, Aramco, the world’s most profitable company, […]

Uncertainty prevailed over Pakistan’s ailing former prime minister Nawaz Sharif’s travel to London on November 10 for treatment due to the government’s failure to remove his name from the no-fly list. The 69-year-old Pakistan Muslim League-Nawaz (PML-N) supremo agreed on November 8 to go to the U.K. for the treatment, heeding doctors’ advice and accepting […]