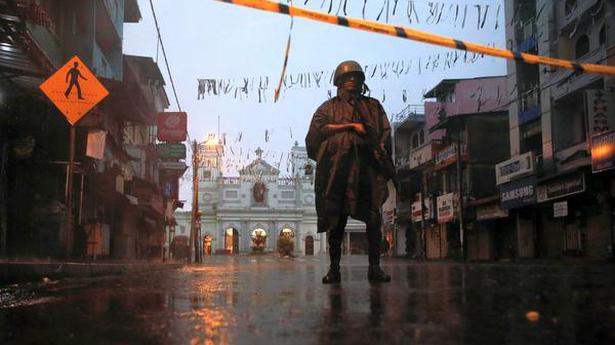 A Sri Lankan spice tycoon, the father of two of the suspected Easter suicide bombers, was arrested on Thursday on suspicion of aiding and abetting his sons carry out the deadly terror attacks that left nearly 360 people dead.

Police are holding the brothers’ father on suspicion of “aiding and abetting” his sons, the CNN reported.

According to media reports, investigators are also searching the spice trader’s mansion in Colombo — which was the site of the eighth blast — for evidence of the attacks. Three police officers were killed in the blast at the mansion.

Elder brother Ilham, who detonated a device at the Cinnamon Grand Hotel, was previously arrested by police and then released, a Sri Lankan government spokesman told CNN.

The majority of the Easter Sunday suicide bombers were from well-to-do Sri Lankan families and they were well-educated, including one who studied in the U.K., State Defence Minister Ruwan Wijewardene said on April 25.

Out of the nine bombers, eight have been identified. The ninth bomber was confirmed as the wife of one of the suicide bombers.

The Islamic State group has claimed responsibility for the attacks, but the government has blamed the NTJ.

Meanwhile, a huge international criminal investigation is ramping up in Sri Lanka, with six foreign police agencies and Interpol assisting local police, including Scotland Yard from the U.K. and the FBI from the U.S.

The Sri Lankan authorities on April 25 intensified their raids with the help of the army and arrested 16 more suspects in connection with the attacks, taking the total number of suspects under police custody to 76.

US suspends participation of Turkey in F-35 fighter jet program

The US has suspend the participation of its ally Turkey in the F-35 stealth fighter jet programme after Ankara decided to buy Russian S-400 air defence system. The US has expressed its concern as Turkey is an ally of the North Atlantic Treaty Organisation, the alliance formed to counter the Soviet Union. Turkey’s Foreign Minster […]

Nearly a month after President Gotabaya Rajapaksa dissolved Parliament and called for elections, the Opposition’s calls for reconvening the legislature have grown louder in Sri Lanka. A day after the Parliament completed 4.5 years of its term — constitutionally mandated for dissolution — President Rajapaksa dissolved the 225-member legislature and called snap general elections for […]