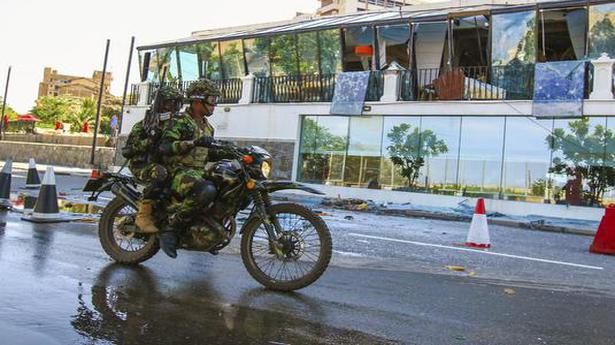 Sri Lanka will enforce a state of emergency from midnight on Monday in the wake of the deadly Easter blasts that killed 290 people and injured more than 500 others, enhancing the counter terrorism powers of of the security forces.

The decision was made during a meeting of the National Security Council (NSC) chaired by President Maithripala Sirisena.

The NSC has announced plans to impose a “conditional state of emergency” from midnight, said a statement from the President’s media unit.

It said the measures would target terrorism and would not limit freedom of expression.

The government has declared Tuesday as a national day of mourning.

Minorities are hit hardest in U.K.

When Amer Awan’s father died of COVID-19, mourners congregated with little thought of social distancing. But cultural practices alone do not explain why Britain’s ethnic minorities have been hardest hit by the outbreak. “Visitors to the house… were not wearing any masks or gloves. They wanted to hug me,” the 44-year-old property developer from Birmingham, […]

The United States recorded more than 2,000 coronavirus deaths in a 24-hour period for the third day running, according to the latest real-time tally Source: thehindu.com Related

China’s revised COVID-19 figures are a bid to ‘leave no case undocumented’: WHO

A sharp upward revision in China’s coronavirus death toll on Friday was “an attempt to leave no case undocumented” after medical services in Wuhan were overwhelmed at the start of the outbreak, the World Health Organization (WHO) said. Nearly 1,300 people who died of the coronavirus in the Chinese city of Wuhan, or half the […]