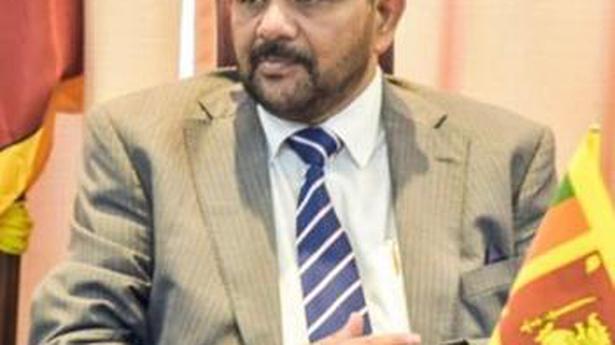 A former Governor and prominent Muslim politician has accused the Rajapaksa government of being complacent while its military intelligence unit “worked closely” with the National Thowheeth Jamaath (NTJ), the radical Islamist organisation behind the Easter bombings.

Azath Salley was one of the two Muslim Governors who stepped down from office earlier this month, following a fasting Buddhist monk’s demand that they resign over alleged links with Easter suspects. They have denied the accusation.

Testifying before a Parliament Select Committee (PSC) probing the terror attacks, Mr. Salley said on Tuesday that he had informed top authorities in government about the activities of extremist elements several times. Further, he claimed that the Defence Ministry of the previous Rajapaksa administration had been funding the NTJ for some years now.

Following the April 21 attacks, some reports speculated that military intelligence under the Rajapaksa government had paid the NTJ and the Bodu Bala Sena (Buddhist Power Force), a hard-line group that has in the past been accused of instigating anti-Muslim violence. So far, investigators have not shared any evidence or documentation to substantiate the claim.

“Dr. Rajitha Senaratne [one of the members of the PSC] asked me if Easter blasts mastermind Zahran Hashim was among the Islamist radicals said to have been funded by military intelligence. I told the panel that I didn’t know about Zahran, but reports say Abdul Razik was among those paid,” he told The Hindu on Wednesday.

The PSC held its fourth sitting on Tuesday, amid escalating tensions between the executive and the legislature. President Maithripala Sirisena wanted the Speaker to scrap the PSC, on the grounds that it could hinder court proceedings on the Easter attacks.

In an emergency Cabinet meeting last week, Mr. Sirisena also raised concern over security officials providing evidence to the parliamentary panel in front of the media. Further, he sacked Chief of National Intelligence Sisira Mendis, who testified to the inquiry that the Easter attacks could have been averted.

The suspended Inspector General of Police and former Defence Secretary too told the committee that prior intelligence on the attacks had been available, pointing to serious lapses in acting on intelligence. As tensions appear to escalate between the President and Parliament — with the Speaker and PSC firmly backing its proceedings — President Sirisena cancelled the weekly Cabinet meeting on Tuesday.

In a tweet on Wednesday, Speaker Karu Jayasuriya said: “In my capacity as Speaker, I am doing my best to strengthen unity within the government. All leaders have to contribute and I am hopeful that current differences can be overcome for the benefit of all Sri Lankans, as divisions within is what the enemies of the nation want.”

Controversial Islamic preacher Zakir Naik, who was granted permanent residency in Malaysia after he fled India on being charged with giving inflammatory speeches, has been barred from holding religious talks in several Malaysian states. Naik, who has been living in Malaysia for the last three years, is in the limelight for his remarks against non-Muslim […]

Trump, protesters gear up for an untraditional July Fourth

In a sweltering capital threatened by storms, the traditional Fourth of July parade on Thursday served as a warm-up act to a distinctly nontraditional evening event at the Lincoln Memorial, where President Donald Trump made plans to command the stage against the backdrop of a show of military muscle. Protesters unimpressed by his “Salute to […]