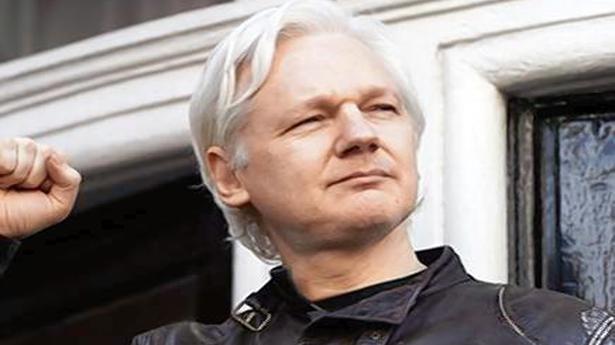 A senior Ecuadorian official says no decision has been made to expel Julian Assange from the country’s London embassy despite tweets from Wikileaks that sources had told it he could be kicked out within “hours to days.”

A small group of protesters and supporters of Wikileaks’ founder gathered on Thursday outside the embassy in London where Mr. Assange has been holed up since August 2012.

Earlier, Wikileaks tweeted- “BREAKING- A high level source within the Ecuadorian state has told WikiLeaks that Julian Assange will be expelled within “hours to days.” Another tweet said it had received a second confirmation.

A top Ecuadorian official denied WikiLeaks’ claim and said no decision had been taken to expel Mr. Assange. The official spoke on the condition of anonymity because he wasn’t authorized to discuss the matter.

United States President Donald Trump has said that the sanctions on North Korea will remain in place. However, he deemed it unnecessary to increase them further. According to the accounts of White House journalists sent to media via e-mail, Trump said while addressing the media along with his South Korean counterpart Moon Jae-in at the […]

Kurdish forces in northeastern Syria left several positions along the long border with Turkey on Thursday, complying with a deal that sees Damascus, Ankara and Moscow carve up their now-defunct autonomous region. Russian forces have started patrols along the flashpoint border, filling the vacuum left by a U.S. troop withdrawal that effectively handed back a […]

That time of the year to steady time in the West

Time tends to slip away in March if you are in the West. For some in Europe it happens on March 31, and for those in the U.S., it has already been a few weeks of brighter evenings and darker mornings. The ‘Spring Forward, Fall Back’ rule of clock changing is not something many look […]