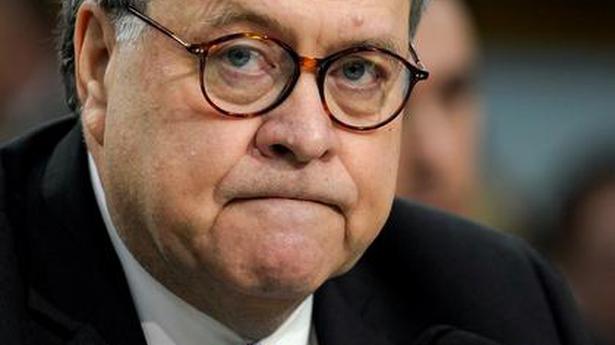 As Washington counts down the final hours until publication of the redacted Special Counsel report now expected on April 18, President Donald Trump stepped up his attacks in an effort to undermine potential disclosures on Russia, his 2016 campaign and the aftermath.

“Mueller, and the A.G. based on Mueller findings (and great intelligence), have already ruled No Collusion, No Obstruction,” Mr. Trump tweeted. “These were crimes committed by Crooked Hillary, the DNC, Dirty Cops and others! INVESTIGATE THE INVESTIGATORS!”

Press Secretary Sarah Sanders repeatedly tried to make the same case on TV talk shows on Sunday. But the political battle is far from finished over the special counsel’s investigation of Russian efforts to help Mr. Trump in 2016 and whether there was cooperation with his campaign.

Democrats are calling for Mr. Mueller himself to testify before Congress and have expressed concern that Attorney General William P. Barr will order unnecessary censoring of the report to protect the President. The House Judiciary Committee is poised to try to compel Mr. Barr to turn over an unredacted copy as well as the report’s underlying investigative files.

The Justice Department said on Monday that it expects to release the redacted version on Thursday morning, sending the findings of the nearly two-year probe to Congress and making them available to the public.

A vintage film format brought ‘Apollo 11’ back to life

New documentary Apollo 11, which tells the story of man’s first steps on the Moon, contains footage so striking that it seems practically a crime that it remained hidden for nearly five decades. The film — which premiered at Sundance in January but only hit U.S. theatres this weekend — injects new life into the […]

North Korea has conducted another “crucial test” at its Sohae satellite launch site, state media reported Saturday, as nuclear negotiations between Pyongyang and Washington remain stalled with a deadline approaching. The announcement comes a day before US Special Envoy on North Korea Stephen Biegun is set to arrive in Seoul for a three-day visit, and […]