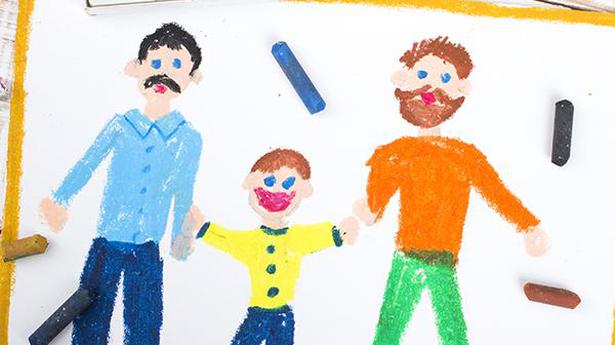 In 2014, Andrew Moffat, the author of several books on promoting equality and tackling homophobia in schools in the U.K. and an assistant head teacher at a school in Birmingham, stepped down from his position. It came after parents at the school — some Christian and Muslim, according to Mr. Moffat — complained over lessons he had been teaching on raising awareness about homosexuality, and his decision to come out as gay to the students during a school assembly. At the time, the news provoked considerable debate within the educational community: while some condemned what they viewed as the “intimidation” of the teacher by a small group of parents at the school, others criticised the approach of the school, insisting that consideration had to be given to religious sensitivities.

Since then, Mr. Moffatt has continued to do his work — championing a national ‘No Outsiders’ programme for British primary schools as part of national efforts to promote equality and tackle homophobia, in particular under Britain’s equality legislation.

While homosexuality has been legal in the U.K. since 1967, homophobia has persisted, with the government and campaigners seeing work in schools as key to tackling bias. Inevitably, programmes such as Mr. Moffat’s have formed an important part of this.

However, a new controversy has erupted amid protests at Parkside, a Birmingham school, where a majority of the students are Muslim, and where Mr. Moffat is now assistant head teacher. Protesters have been objecting to his programmes for the children aged between four and 11. “Our Children, Our Choice: Stop!” read one banner. On one day in early March, hundreds of children were kept out of school as a mark of protest by their parents. Dozens of parents have written official letters of complaints, leading to an inspection by the school regulator Ofsted (which the school eventually passed).

The school and Mr. Moffat have won considerable support — he is shortlisted for a $1 million international teaching award. Ofsted’s head has come to Mr. Moffat’s defence, insisting that it is essential for schools to prepare children for life in “modern Britain” and to cater to children who do not fit a “conventional pattern”.

However, local Labour MP Shabana Mahmood criticised the school for failing to fully engage with some of the parents. “It is all about the age-appropriateness of conversations with young children in the context of religious backgrounds,” she said during a recent parliamentary debate, referring to a petition that had been sent to her by some 1,700 constituents. Her comments provoked much criticism, including from within the Labour Party, with a reminder from its LGBT network that it was the party’s role to fight for more progressive legislation, rather than to protect bigotry.

However, the government itself appears willing to give much consideration to religious sentiments. During a recent debate, the Schools Minister told MPs that schools would be required to “take religious beliefs of their pupils into account” when delivering content.

Britain’s National Secular Society has called on the government to take a stronger stance. “Whilst we appreciate that schools will be mindful of the backgrounds of their pupils, taking parents’ religious views into account should not mean shielding pupils from knowledge, or teaching them differently on account of their parents’ religious outlook,” it urged, noting that the ‘No Outsiders’ programme was carefully crafted. “Any concessions in this situation will set a dangerous precedent for other schools facing similar pressure to change the way they teach in order to conform to the parents’ beliefs.”

That perspective has also won support from sections of the Muslim community, such as the U.K. LGBT charity Imaan. Also, many within Britain’s Muslim community have taken to social media to express their objections to the protests.

However, the controversy raises wider questions about Britain’s schooling system, and in particular about the system of faith schools — Parkside is not one of these — that are currently able to operate by some different rules, particularly when it comes to areas like admissions.

Named G4, it is genetically descended from the H1N1 strain that caused a pandemic in 2009 Source: thehindu.com Related

U.S. says it supports India’s objectives on repealing Article 370, but concerned over restrictions

The Trump administration on Tuesday said while it supports India’s development agenda behind the abrogation of Jammu and Kashmir’s special status under Article 370, it was concerned over the current situation in the Valley. It said it was closely monitoring the situation in the state following India’s August 5 decision. The Indian government has argued […]

Record temperatures are being set across Europe, including Paris, as the continent swelters on Thursday in what is its second heat wave this summer. Climate scientists warn this could become the new normal in many parts of the world. But temperate Europe where air conditioning is rare isn’t equipped for the temperatures frying the region […]