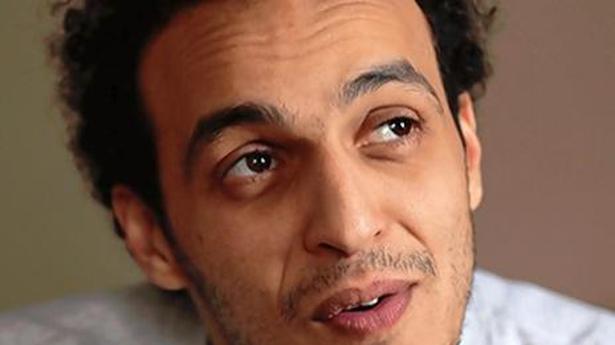 Egyptian authorities on Monday released a photojournalist who spent more than five years in jail after covering a 2013 sit-in that ended with security forces killing hundreds of protesters.

Mahmoud Abu Zeid, also known as Shawkan, was detained in 2013 while taking pictures as security forces broke up the sit-in by supporters of Egypt’s ousted Islamist President Mohamed Morsi.

Mr. Zeid, whose case had been highlighted by UNESCO and human rights groups, was released because he had already served out his term before being sentenced. But he must still spend his nights for the next five years at a police station, a penalty he said he would challenge.

He vowed to continue with his work, saying: “All journalists are at risk of being arrested or killed while doing their work. I am not the first and I will not be the last.”

The violent breakup of the sit-in was a key moment in the turmoil that followed the 2011 uprising, as the military led by Abdel Fattah al-Sisi moved to assert its control. Mr. Zeid was charged with belonging to a banned group and possessing firearms. He was sentenced to five years in prison last September in a mass trial which saw 75 people sentenced to death. UNESCO awarded him its 2018 Press Freedom Prize and said his detention was an abuse of human rights.

Amnesty International said in a statement on Monday that he “should never have been forced to spend a single minute behind bars let alone five and a half years”.

Protesters severely crippled operations at Hong Kong’s international airport for a second day Tuesday, forcing authorities to cancel all remaining flights out of the city after demonstrators took over the terminals as part of their push for democratic reforms. After a brief respite early Tuesday during which flights were able to take off and land, […]

Pakistan’s military has agreed in a rare move to cut its budget for a year to help ease the country’s “critical financial situation”, Prime Minister Imran Khan said. Pakistan has struck an agreement in principle with the International Monetary Fund for a $6 billion loan but Islamabad is expected to put in place measures to […]