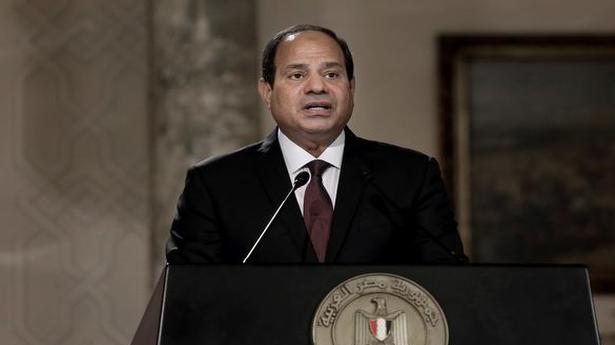 Egyptian pro-government media are urging a “Yes” vote on the second day of a nationwide referendum that would allow President Abdel-Fattah el-Sissi to stay in power until 2030.

Polls reopened at 9 a.m. (0700 GMT) on Sunday. Voting will continue through Monday to allow maximum turnout, which the government hopes will lend the referendum legitimacy.

Election officials say results are expected within a week.

Opposition parties have called on voters to reject the changes, blasted by critics as a major step back to authoritarianism.

Voting comes amid an unprecedented crackdown on dissent since the 2013 military ouster of an elected but divisive president.

El-Sissi came to power in 2014 and was re-elected for a second four-year term last year.

The Islamic State group’s spokesman was killed on Sunday in northern Syria, a top Kurdish official said, hours after the jihadists’ leader Abu Bakr al-Baghdadi was announced dead. The official with the Kurdish-led Syrian Democratic Forces — who asked not to be named because he is not authorised to speak on the issue — said […]

Islamic extremists on motorcycles killed 14 security force members who were escorting election officials in the West African nation of Niger, the first large attack there since 71 soldiers were killed in a massive ambush earlier this month, authorities said on Thursday. The attack took place on Wednesday night near Sanam, which is about 200 […]

Prime Minister Theresa May set out on Tuesday a “new deal” for Britain’s departure from the European Union, offering sweeteners to opposition parties in her fourth attempt to break an impasse in parliament over Brexit. Three years since Britain voted to leave the EU and almost two months after the planned departure date, May is […]