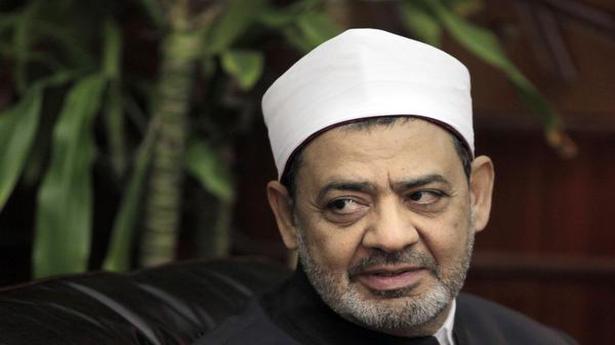 Egypt’s top Muslim cleric has stirred up controversy after saying that polygamy is an “injustice” for women, but stopped short of calling for a ban on the practice.

“Those who say that marriage must be polygamous are all wrong. We have to read the (Quranic) verse in full, said Sheikh Ahmed al-Tayeb, Al-Azhar’s Grand Imam.

Al-Tayeb said the practice came from “a lack of understanding of the Quran and the tradition of the Prophet” and it is “often an injustice to women and children.”

The Grand Imam also called for a broader revamp of how women’s issues are addressed. “Women represent half of society. If we don’t care for them it’s like walking on one foot only,” he said.

Al-Azhar sought on Saturday to clarify the comments, saying that al-Tayeb wasn’t calling for a ban on polygamy.

Islam allows men to take up to four wives on the condition that they’re treated equally. Though polygamy is legal in most Arab and Islamic countries, the practice is uncommon. Regionally, polygamy is banned in Tunisia and Turkey, and for Arab Muslims in Israel.

In Egypt, the husband must gain the consent of his current wife or wives if he hopes to marry more.

House Intelligence Committee Chairman Adam Schiff said Sunday that he expects the whistleblower at the heart of impeachment proceedings against President Donald Trump to testify “very soon.” “All that needs to be done, at this point, is to make sure that the attorneys that represent the whistleblower get the clearances that they need to be […]

Pakistan committed one of the biggest blunders by joining U.S. after 9/11, says Imran Khan

Pakistan Prime Minister Imran Khan admitted on September 24 that Pakistan committed “one of the biggest blunders” by joining the U.S. after the 9/11 attacks, saying the previous governments “should not have pledged what they could not deliver”. Speaking at the Council on Foreign Relations (CFR) think-tank here, Mr. Khan also said the least he […]

Pakistan, obsessed with India as a “perceived existential threat”, has created terrorist groups to be a tool against India, a former top American spymaster has said. Former CIA acting director Michael Morell, in a podcast discussion with Kurt Campbell and Rich Verma on Thursday, alleged that Pakistan is one of the most dangerous countries in […]