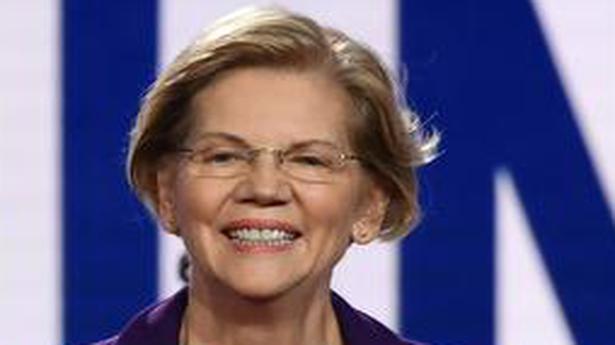 Surging U.S. Democratic presidential contender Elizabeth Warren came under repeated attack on her healthcare and tax policies in a debate on Tuesday, as moderate rivals pushed her to explain how she would pay for ambitious proposals, including her Medicare for All plan.

Ms. Warren’s recent rise into a virtual tie with former Vice-President Joe Biden in many opinion polls made her a frequent target for attacks that exposed the Democratic Party’s divisions between its centrist and progressive wings on a range of issues.

The contenders were united, however, in supporting impeachment inquiry of President Donald Trump.

Moderate rivals Pete Buttigieg, the mayor of South Bend, and U.S. Senator Amy Klobuchar, went after Ms. Warren for being evasive on her plan for universal healthcare and said her plan would mean higher taxes or Americans. “I think we owe it to the people to tell them where to send the invoice,” Mr. Klobuchar said. “The difference between a plan and a pipe dream is something you can actually get done.”

Ms. Warren did not directly respond to questions about whether she would raise taxes for the healthcare plan, but she said she would not sign any Bill that does not lower healthcare costs for middle-class families.

Tennessee to extend voting hours at all polling sites after storms

Several Tennessee polling places will stay open at least an extra hour to allow Democratic primary voters on Super Tuesday to continue to cast ballots after the state was hit by deadly storms overnight, the state’s Democratic Party announced on Twitter. The party filed suit to extend hours and the decision was made by a […]

The Taliban unleashed a new wave of attacks in northern Afghanistan, targeting members of the country’s security forces and killing at least 26, local officials said on Wednesday. The insurgents quickly claimed responsibility for all the attack. The Taliban today hold sway over practically half of Afghanistan, staging near-daily attacks that target soldiers, security forces […]

A Catholic bishop in New Zealand has resigned after a church body investigated a young woman’s complaint against him regarding “unacceptable behaviour of a sexual nature”, a top church official has said. Pope Francis accepted the resignation of Bishop Charles Drennan of Palmerston North, Cardinal John Dew, the metropolitan archbishop of New Zealand, said in […]