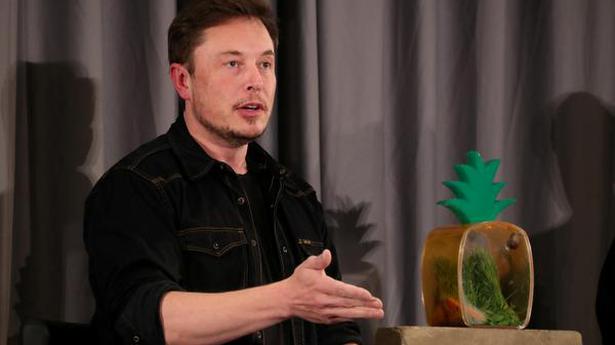 Attorneys are telling a federal judge that Tesla CEO Elon Musk should not be found in contempt because he didn’t violate a securities fraud settlement.

The attorneys wrote in documents filed Monday night that a Feb. 19 tweet by Mr. Musk merely restated prior disclosures on electric car production volumes. They wrote that the tweet after the markets closed did not disclose material information, nor did it alter the mix of data available to investors.

A U.S. District Court judge in New York ordered Mr. Musk to respond by Monday to a motion for contempt filed by the Securities and Exchange Commission.

The agency alleges the tweet was inaccurate and violated a requirement for tweets that could influence Tesla’s stock price to be approved by a company lawyer.

Mr. Musk’s tweet to his more than 24 million Twitter followers claiming the electric vehicle-maker would produce around 500,000 cars in 2019 complied with company’s communication policy for senior executives, lawyers for the Tesla chief wrote in a filing in federal court in Manhattan.

The U.S. Securities and Exchange Commission had asked the court to hold Mr. Musk in contempt, saying his Feb. 19 tweet violated a September fraud settlement barring him from sharing material information about Tesla on social media without the company’s pre-approval.

“This contempt action, following Mr. Musk’s sincerely-held criticism of the SEC on 60 Minutes, also reflects concerning and unprecedented overreach on the part of the SEC,” the filing added.

The settlement between Mr. Musk, Tesla and the SEC resolved an SEC lawsuit over claims Mr. Musk made on Twitter in August that he had “funding secured” to take Tesla private at $420 per share. The SEC called those tweets “false and misleading” and a go-private deal never materialisxed.

As part of that settlement, Mr. Musk stepped down as the company’s chairman and he and Tesla agreed to pay $20 million each in fines.

The renewed public battle between Tesla’s chief executive and the top U.S. securities regulator adds pressure on Mr. Musk, the public face of Tesla, who is struggling to make the company profitable after cutting the price of its Model 3 sedan to $35,000.

Japan’s health ministry said on Thursday 44 more people on a cruise ship quarantined near Tokyo have tested positive for the virus that causes the new disease known as COVID-19. The Diamond Princess, which is still carrying about 3,500 passengers and crew members, now has 218 people infected with the virus out of 713 people […]

A toxic gas leak killed five people and sickened dozens of others in a coastal residential area in Pakistan’s port city of Karachi, police said Monday. The source of the leak, which occurred on Sunday night, and the type of gas that had leaked were not immediately known. There was no suspicion of sabotage. Authorities […]

Two men have been arrested in Northern Ireland over the killing of a journalist during a riot, police said, with politicians calling for calm after the shooting added to concerns about the stability of the region’s 21-year-old peace deal. Lyra McKee was shot dead on Thursday as she watched Irish nationalist youths attack police following […]