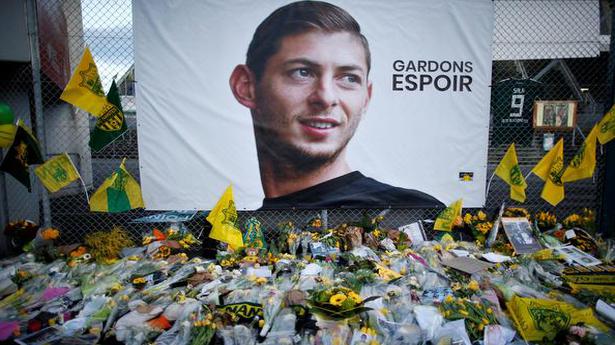 Argentine soccer player Emiliano Sala’s blood showed high levels of carbon monoxide, air accident investigators said on Wednesday, and it was likely the pilot of the plane flying him to Britain had also been exposed before their fatal crash.

Sala, 28, was flying from his previous club Nantes in western France to Wales to join Cardiff City when the Piper Malibu aircraft disappeared over the English Channel in January.

His body was recovered when the wreckage of the plane was finally discovered about two weeks later.

A special bulletin from Britain’s Air Accident Investigation Branch said toxicology tests on his blood had shown that Sala had a saturation level of 58% of carboxyhaemoglobin (COHb), a mixture of carbon monoxide (CO) and haemoglobin.

Exposure to carbon monoxide can lead to damage to the brain, heart and nervous system and a COHb level of over 50% is considered to be potentially fatal, causing seizure, unconsciousness or a heart attack.

“In this type of aircraft, the cockpit is not separated from the cabin and it is considered likely that the pilot would also have been affected to some extent by exposure to CO,” the report said.

“It is clear from the symptoms that exposure to CO can reduce or inhibit a pilots ability to fly an aircraft depending on the level of that exposure.”

Sala’s family said a detailed examination of the plane wreckage was needed to determine how the gas was able to leak into the cabin.

“That dangerously high levels of carbon monoxide have been found in Emilianos body raises many questions for the family. How he died will be determined at the inquest in due course,” they said in a statement.

“Future air safety rests on knowing as much as possible on this issue.”

The AAIB said its investigations were continuing and that a final report would be published in due course.

Pak govt to back Musharraf during appeal against his death sentence: Attorney General

With the powerful Pakistan Army publicly backing former dictator Pervez Musharraf after he was sentenced to death for treason, Prime Minister Imran Khan discussed the issue with his top party aides on Wednesday even as his government decided to support the retired General’s appeal against the “unfair” verdict. Former Pakistan President and military ruler Musharraf […]

Wray said that China accounted for nearly half of the 5,000 ongoing counter-intelligence cases being pursued by the FBI Source: thehindu.com Related

An Australian student who was released after being held in North Korea had been “spying” in the reclusive country, state media said on Saturday. Alek Sigley, 29, disappeared around two weeks ago prompting deep concern about his fate, but was freed and flew to Japan on Thursday. Official North Korean news agency KCNA said Mr. […]