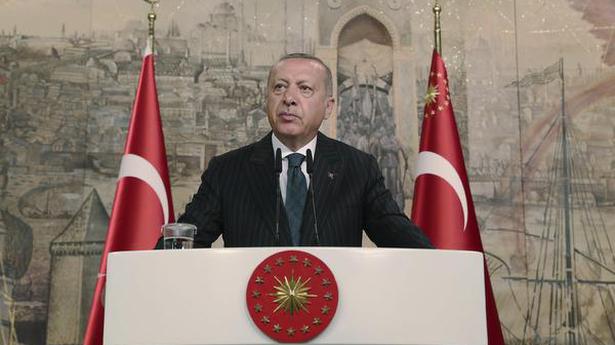 Turkish President Recep Tayyip Erdogan said a solution could be found to help Muslims interned in Chinese camps “taking into account the sensitivities” of both sides, in comments published on July 4.

Turkey is the only Muslim-majority country to have criticised China over the detention of an estimated one million ethnic Uighurs and other mostly Muslim minorities in the restive Xinjiang province.

But Erdogan struck a softer tone after meeting Chinese President Xi Jinping on June 2 in Beijing.

“I believe we can find a solution to the issue taking into account the sensitivities of both sides,” Erdogan told Turkish journalists in Beijing before flying back to Turkey, according to Hurriyet Daily.

Chinese state media claimed Erdogan said ethnic minorities live happily in Xinjiang, but he made no such comments to Turkish reporters.

He warned against those who sought to “abuse” the Xinjiang issue to stoke tensions with China, a key investor and trading partner.

“This abuse is having a negative impact on Turkish-Chinese relations. It is necessary that we do not give opportunity to such abuse,” Erdogan said.

He added that Turkey could “send a delegation to East Turkestan”, the name given by activists to Xinjiang, and that Beijing was open to the idea.

China denies holding people against their will in what it describes as “vocational education centres” aimed at steering citizens away from religious extremism.

Turkey’s foreign ministry in February lambasted China’s treatment of Uighurs as “a great embarrassment to humanity” and said those in the centres and prisons were “subjected to torture and political brainwashing”.

Three days after the serial bombings killed over 350 people in Sri Lanka, the country’s government said it was not the National Thowheeth Jamath (NTJ) but a more radical splinter group of the NTJ that was behind the attack. State Minister of Defence Ruwan Wijewardena held a press conference on Wednesday where he shared more […]

China may have conducted N-test: U.S.

China may have secretly set off low-level underground nuclear test explosions despite claiming to observe an international pact banning such blasts, the U.S. State Department said in a report on Wednesday that could fuel U.S.-Chinese tensions. The finding, first reported by the Wall Street Journal, may worsen ties already strained by U.S. charges that the […]

An anti-terrorism court in Pakistan has adjourned for an indefinite period the hearing against Mumbai terror attack mastermind and Jamat-ud-Dawah chief Hafiz Saeed in four terror financing cases in the wake of the coronavirus outbreak in the country. Saeed, a UN-designated terrorist whom the US has placed a USD 10 million bounty on, was sentenced […]