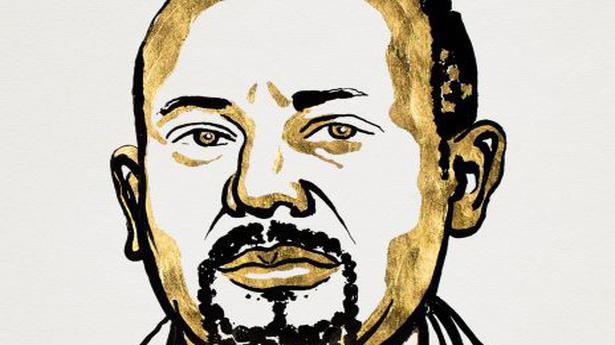 The prestigious Nobel Peace Prize for 2019 will be awarded to Prime Minister Abiy Ahmed Ali of Ethiopia, the Nobel Committee announced on Friday.

Mr. Ali has been selected for his efforts to achieve peace and international cooperation, and in particular for his decisive initiative to resolve the border conflict with neighbouring Eritrea, a statement from the Committee said. The prize is also meant to recognise all the stakeholders working for peace and reconciliation in Ethiopia and in the East and Northeast African regions.

“When Prime Minister Abiy reached out his hand, President Afwerki grasped it, and helped to formalise the peace process between the two countries,” the statement said.

Ethiopia is a country of many different languages and peoples. Lately, old ethnic rivalries have flared up. According to international observers, up to three million Ethiopians may be internally displaced. That is in addition to the million or so refugees and asylum seekers from neighbouring countries. As Prime Minister, Abiy Ahmed has sought to promote reconciliation, solidarity and social justice. However, many challenges remain unresolved.

The Norwegian Nobel Committee believes it is now that Abiy Ahmed’s efforts deserve recognition and need encouragement, the statement said.

Ethiopia is Africa’s second most populous country and has East Africa’s largest economy.

Two literature prizes were awarded Thursday- One for 2018 that went to Polish novelist Olga Tokarczuk and one for 2019 that was given to Austrian author Peter Handke.

The chemistry prize went to three scientists for their work leading to the development of lithium-ion batteries; the physics award was given to a Canadian-American and two Swiss for exploring the evolution of the universe and discovering a new kind of planet; and the physiology or medicine award went to two Americans and one British scientist for discovering details of how the body’s cells sense and react to low oxygen levels.

The economics prize wasn’t created by Nobel, but by Sweden’s central bank in 1968. It is awarded Monday.

A powerful typhoon with potentially record winds and rain battered the Tokyo region early Monday, sparking evacuation warnings to tens of thousands, widespread blackouts and transport disruption. Typhoon Faxai, packing winds of up to 216 kilometres (134 miles) per hour, made landfall in Chiba just east of the capital before dawn, after barrelling through Tokyo […]

Saudi operatives suspected of killing the journalist Jamal Khashoggi at the country’s Istanbul consulate were heard joking and talking about dismemberment before his arrival, according to secret tapes heard by UN investigators. Helena Kennedy, a British lawyer assisting the UN probe into Khashoggi’s death, said recordings she had heard from inside the kingdom’s mission in […]

Ten civilians, including four women and a child, were killed when their vehicle was hit by a roadside bomb in eastern Afghanistan, officials said on Friday. The explosion happened in the volatile district of Jaghatu in Ghazni province after the U.S. and Taliban paused ongoing talks on Thursday. “Unfortunately, in the explosion 10 people, including […]