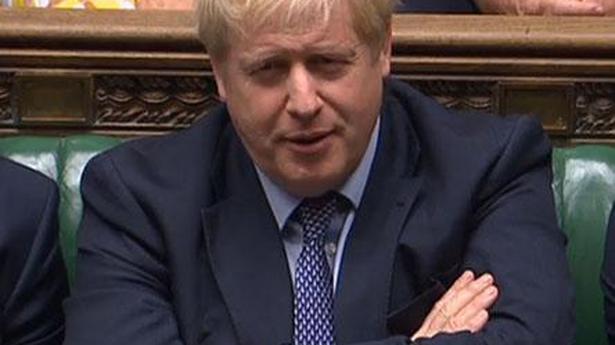 European leaders were deciding whether to postpone Brexit and for how long on Wednesday, while Prime Minister Boris Johnson’s eyes turned towards a snap general election.

In tense parliamentary votes on Tuesday, Mr. Johnson won preliminary backing for the divorce deal he agreed with the EU, which would have seen Britain leave the bloc on October 31.

But, in a fresh twist to the divorce saga, MPs also rejected his bid to curtail parliamentary scrutiny of the Bill and rush it through in a matter of days.

European Council President Donald Tusk has recommended that EU’s 27 other member states grant a flexible extension until January 31, 2020 — to be cut short if Britain ratifies the deal before then.

But the decision on how long a prolongation will last will fall to member state leaders, many of whom would prefer a shorter delay to keep the pressure on Westminster to approve the deal quickly.

Ireland’s Prime Minister, Leo Varadkar, told Mr. Tusk in a call that he supports the January 31 date, but German and, especially, French officials are talking in terms of a much shorter timeline.

“If it’s a question of pushing back the date by two or three weeks, to give MPs in London a chance to ratify, then it’s not really a problem,” German Foreign Minister Heiko Maas told RTL television.

“If it’s a question of pushing Brexit back until the end of January, we’d need to know why. What’s going to happen in the interval and will there be elections in Great Britain?”

France’s minister for European affairs, Amelie de Montchalin, said: “At the end of the week we’ll see whether a purely technical extension of a few days is justified, to allow the British parliament to finish its procedure.”

Ambassadors from EU member states were to meet later Wednesday in Brussels to begin the decision-making procedure, but no immediate response was expected.

Coronavirus | Japan slips into recession, worst yet to come as pandemic wreaks havoc

The last time Japan suffered recession was in the second half of 2015. Source: thehindu.com Related

Iranian Supreme Ayatollah Ali Khamenei said on Friday the assassination of Quds Force chief Qassem Soleimani would double the motivation of the resistance against the United States and Israel, state television reported. “All Enemies should know that the jihad of resistance will continue with a doubled motivation, and a definite victory awaits the fighters in […]