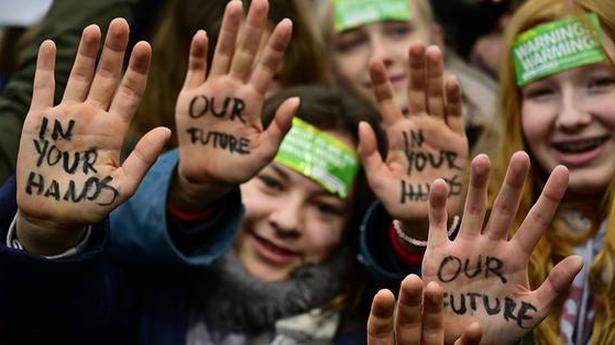 European Union leaders meeting on Thursday and Friday in Brussels will debate the 2050 target of “climate neutrality” that the environmental group WWF says now has the support of 16 of the EU’s 28 countries. “We urgently need to step up our action to manage this existential threat,” a draft of the EU’s strategic agenda for the next six years says.

“The EU must lead the way, by engaging in an in-depth transformation of its own economy and society to achieve climate neutrality,” according to the draft.

The draft contained a footnote, saying the wording may be adjusted to reflect the results of the summit debate, which an EU source said would focus on the 2050 target. The source said that a number of EU countries want more debate on financing the shift from an economy running on fossil fuels, especially those in eastern Europe, to one driven by clean energy.

The source, speaking anonymously, that “I’m sure everyone will agree on this target, but only in December,” when the leaders hold their annual year-end summit.

The growing stress on climate action comes after May 23-26 elections to the European Parliament where Green parties made substantial gains. Spurred by a wave of student strikes, voters in many countries highlighted climate concerns and the Parliament’s main political blocs for the first time adopted climate action as a rallying cry.

The WWF said Austria and Ireland appeared increasingly likely to support the target. Still uncertain or hesitant, it added, are Belgium, Croatia, Estonia, Lithuania and Slovakia, though they are “unlikely to block” it. It said Bulgaria, the Czech Republic and Bulgaria remain “strongly opposed,” but Hungary and Romania could overcome opposition to do a deal.

Twenty-one people have tested positive for COVID-19 aboard a cruise ship denied entry to San Francisco Bay this week after a number of passengers and crew developed flu-like symptoms on the vessel, which was linked to previously confirmed COVID-19 infections. U.S. Vice President Mike Pence, announcing results of the tests during a White House briefing, […]

The common threads of Confucianism and Islam

After about an hour’s drive along a spanking new highway, southwest from Lanzhou, the capital of China’s Gansu province, the landscape changes suddenly. For several miles along the green countryside, the minarets and gleaming domes of mosques burst into view. The area is part of the Linxia Hui Autonomous Prefecture — an abode of Hui […]

China’s top economic official announced a robust annual growth target and a 7.5% rise in military spending on Tuesday at a legislative session overshadowed by a tariff war with Washington. In a bid to defuse U.S. and European complaints the Chinese system is rigged against foreign companies, Premier Li Keqiang promised in a speech to […]