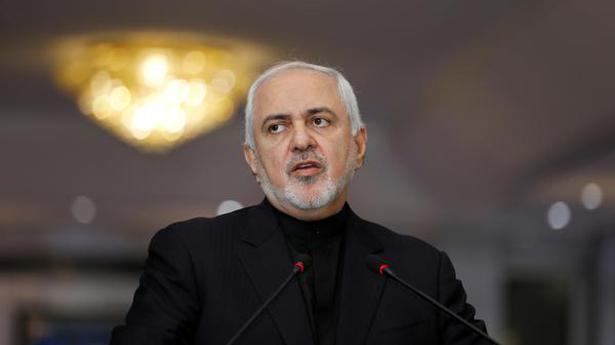 European countries are in “no position” to criticise Iran, Foreign Minister Mohammad Javad Zarif said on Sunday ahead of a visit by his German counterpart Heiko Maas.

Mr. Maas is due in Tehran on Monday, against a backdrop of Iranian pressure for Europe to uphold commitments made under a 2015 nuclear deal since abandoned by the U.S.

“Europeans are certainly in no position to criticise Iran, even about issues that have nothing to do with” the agreement, Mr. Zarif said.

European and Western policies “have only caused damage in the region,” Mr. Zarif said.

“Now some countries like Germany have stopped selling arms to Saudi Arabia for bombarding the people of Yemen, some other countries haven’t done so,” he added.

“In general, the West has allowed the autocratic regimes in our region to commit crimes.”

Mr. Zarif said that Europeans have “a duty” to ensure that Iran’s economic relations return to normal.

Lebanon fears for future of disputed territory with Israel

Make a deal now, or you may not get one, Donald Trump tells China

U.S. President Donald Trump on Tuesday warned China against waiting out his first term to finalise any trade deal, saying if he wins re-election in the November 2020 U.S. presidential contest, the outcome could be no agreement or a worse one. “The problem with them waiting … is that if & when I win, the […]

Coronavirus vaccine may still be a year away: Australian University

A scientist involved in developing a coronavirus vaccine at Australia’s University of Queensland has said that it may take about one year before people will actually be able to use it. The Coalition for Epidemic Preparedness Innovations (CEPI), a partnership against epidemics by public, private, philanthropic, and civil organisations earlier commissioned the University of Queensland […]