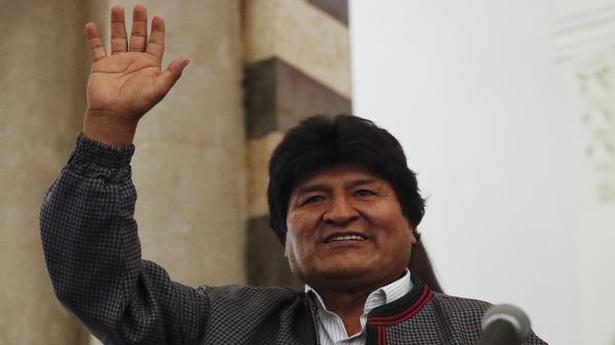 Mr. Morales had 45% of the vote to Mesa’s 38%, the Supreme Electoral Tribunal announced, with most of the votes counted.

Elected Bolivia’s first indigenous president in 2005, Mr. Morales has won his previous elections in the first round, never having to contest a run-off.

The former coca farmer and leftist union leader has led the poor but resource-rich Latin American country for the past 13 years, though his popularity has waned amid allegations of corruption and authoritarianism.

Mr. Mesa celebrated “an unquestionable triumph” in getting to the second round, amid cheers from his supporters at his La Paz headquarters.

Mr. Morales welcomed his first-round win, telling cheering crowds “we have won again, really, it is something historical, unforgettable”.

South Korean-born evangelical pastor, Chi Hyun Chung, was the surprise package of the election, polling strongly to finish in third place with 8.7%.

Australia pledged on Saturday to introduce new laws that could see social media executives jailed and tech giants fined billions for failing to remove extremist material from their platforms. The tough new legislation will be brought to Parliament next week as Canberra pushes for social media companies to prevent their platforms from being “weaponised” by […]

The militants were tasked by the Daish’s (ISIS) top leadership to attack places of worship for minority Shias in Bahawalpur, which is around 400 km from provincial capital Lahore, to start sectarian conflict in the country, officials said. Source: thehindu.com Related