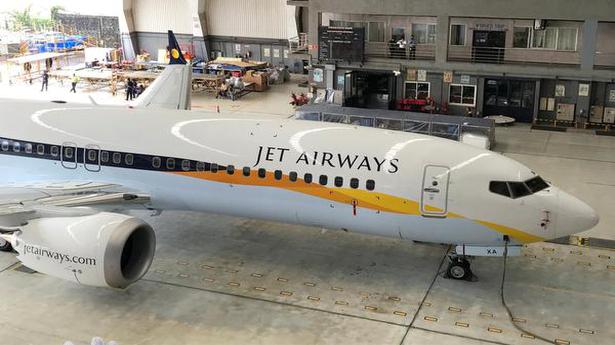 In the aftermath of the deadly Ethiopian Airlines crash which killed all 157 people aboard, numerous countries, including India, have grounded the Boeing 737 MAX 8 airline or banned it from their airspace. That the accident comes barely five months after the similar Lion Air crash in Indonesia involving the same aircraft model has only added to Boeing’s woes.

The America-based Boeing is one of the world’s biggest plane manufacturers and the 737 fleet is the company’s best-selling workhorse aircraft. The Max 8 jet is an upgraded version of it’s 737 fleet which began production in 1966. The single-aisle medium-haul aircraft line includes Max 7, 9 and 10.

The Boeing 737 Max 8, which first flew commercially on May 22, 2017 between Kuala Lumpur and Singapore, has the following specifications:

What spurred the backlash?

In addition to the high number of fatalities, this is the second time in less than six months that the aircraft of the same model has crashed soon after takeoff.

On October 29, 2018, a Lion Air flight carrying 181 passengers and eight crew members had crashed into the Java sea 12 minutes after takeoff. The cockpit data recorder that was recovered showed that the jet’s airspeed indicator had malfunctioned on its last four flights. The Indonesian National Transportation Safety Committee had also indicated that the flight experienced erroneous input from one of its AOA (Angle of Attack) sensors. A New York Times article on February 3 noted that the pilots were kept in dark about the changes to the flight control system, possibly driven by the need to minimize cost of pilot retraining, among other factors.

Swedish flight-tracking website flightradar24 had noted that Ethiopian aircraft’s vertical speed was unstable after take off. “Similar causes may have contributed to both events,” European regulators stated, referring to the Lion Air crash.

Boeing, however, continues to maintain that it has full confidence in the safety of the 737 MAX. According to AFP, there are about 350 MAX 8s currently in service around the world. Following the Lion Air crash, the company has developed a flight control software enhancement for the 737 MAX, including updates to the Maneuvering Characteristics Augmentation System (MCAS) which is thought to be accountable for the faulty angle-of-attack readings in the Lion Air crash. On March 11, Boeing said in a statement that it is set to roll out the updates to the MCAS flight control law, pilot displays, operation manuals and crew training in the coming weeks, and is expected to be mandatory by no later than April.

Following the crash, many countries around the world have grounded Boeing 737 aircrafts. The notable exception to this is USA which has said that there is “no basis” for banning the aircraft. “Thus far, our review shows no systemic performance issues and provides no basis to order grounding the aircraft,” USA’s Federal Aviation Administration (FAA) chief said in a statement on Tuesday.

In the Indian context

India has banned the overflying of all Boeing 737 MAX aircrafts in its airspace and ordered the grounding of those operating in the country by 4 p.m. on Wednesday.

“DGCA has taken the decision to ground the Boeing 737-MAX planes immediately. These planes will be grounded till appropriate modifications and safety measures are undertaken to ensure their safe operations,” the Ministry of Civil Aviation said in a statement. “Additionally no B737 Max aircraft will be allowed to enter or transit Indian airspace effective 1600hrs IST or 1030 UTC. The time line is to cater to situations where aircraft can be positioned at maintenance facilities & international flights can reach their destinations,” it added.

SpiceJet has around 12 such aircraft in its fleet while Jet Airways has 5, all of which have already been grounded. Spicejet is expected to complete the grounding process by 4 p.m. today (March 13).

“This year, the municipal authorities have asked us to pay ₹ 13.40 lakh. HDMC’s decision would curtail the event and dampen the spirit of Dasara festivities being organised here since long,” he said. Mr. Hunasimarad said that the committee wrote a letter to the HDMC in June seeking permission to use the Kadapa Maidan to […]

WikiLeaks founder Julian Assange was arrested by British police on Thursday after they were invited into the Ecuadorean embassy where he has been holed up since 2012. “Julian Assange, 47, has today, Thursday 11 April, been arrested by officers from the Metropolitan Police Service (MPS) at the Embassy of Ecuador,” police said. Police said they […]

They are among the countries where restrictions are being relaxed Source: thehindu.com Related