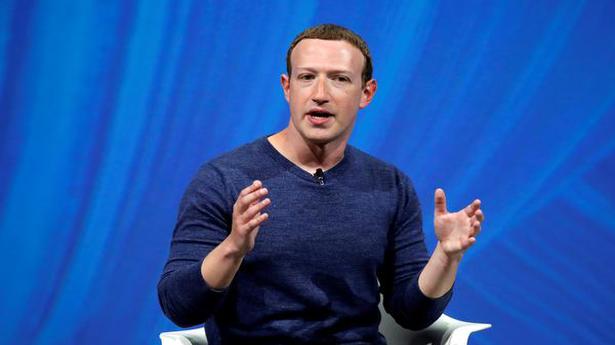 Facebook has paid hundreds of contractors to listen to and transcribe snippets of users’ conversations, U.S. media reported on Tuesday.

Facebook acknowledged the transcriptions, which were first reported by Bloomberg, telling the news agency in a statement that they were made with users’ permission, but that the practice has nonetheless been stopped.

“Much like Apple and Google, we paused human review of audio more than a week ago,” the company said.

The contractors were testing the ability of the social network’s artificial intelligence to interpret messages, and the only users affected were those on Facebook Messenger app who had opted to have their voice chats transcribed.

Bloomberg said the contractors working on the project were “rattled” by listening to private audio whose origin wasn’t disclosed and which sometimes contained vulgar content.

The contractors also weren’t told the reason why they were doing the transcribing, the news agency reported.

Amazon, Apple and Google — all companies offering voice assistants — have previously acknowledged collecting conversations for the purpose of improving their products.

Apple and Google have in recent weeks said they’ve halted the practice, while Amazon gives users the option of blocking the collection of their voice by Alexa, the artificial intelligence driving their Echo voice assistant.

Facebook had just settled a record $5 billion fine with the USFTC for misusing users’ private data, has given differing responses to reports that it uses audio recordings to better target ads or make its pages more attractive.

“You’re talking about this conspiracy theory that gets passed around that we listen to what’s going on on your microphone and use that for ads,” Facebook CEO Mark Zuckerberg said in U.S. Senate testimony last year. “We don’t do that,” he said.

But the company later told lawmakers in writing that it does actually collect conversations if users have specifically allowed it to do so and are using certain audio features.

The company didn’t specify what it did with the audio afterwards.

India votes in favour of Israel against Palestinian NGO in UN

In a rare move, India voted in favour of a decision introduced by Israel in the UN Economic and Social Council (ECOSOC) that objected to granting consultative status to a Palestinian non-governmental organisation, after the Jewish state said the organisation did not disclose its ties with Hamas. Israel introduced at a meeting of the ECOSOC […]

According to the Ministry of National Health Services, 105 deaths were reported on Monday as the total number of fatalities reached 2,172 in the country Source: thehindu.com Related