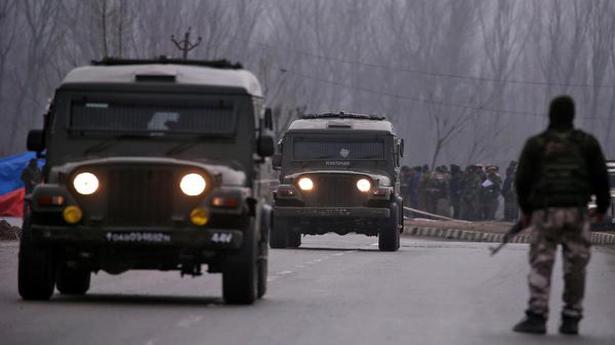 Pakistan has avoided being placed on the Financial Action Task Force (FATF) blacklist during the multilateral financial watchdog’s plenary meetings in Orlando, Florida held from June 16 to 21.

However, the country, which continued to remain on a greylist, was given a warning at the end of the plenary session and told that it lacked a proper understanding of transnational terrorist financing.

The mention of transnational terrorist financing is significant in light of India’s efforts to isolate Pakistan on the international stage in the context of its support for terror in Kashmir.

In June 2018, Pakistan was placed on a FATF greylist of countries whose laws do not adequately deal with money laundering and terrorist financing and agreed to a 10-point action plan at the time to strengthen its anti-money laundering and combating the financing of terrorism and proliferation (AML/CFT) regime.

On Friday however, the FATF said in a statement that while Pakistan had taken steps to improve its AML/CFT regime, “it does not demonstrate a proper understanding of Pakistan’s transnational TF [terrorist financing] risk.”

When the last FATF plenary session concluded in February, days after a terrorist attack killed over forty Indian security personnel in Pulwama, Jammu and Kashmir, Pakistan had avoided being blacklisted despite pressure from India. Pakistan-based terror outfit, Jaish-e-Mohammad (JeM) claimed responsibility for the attack. However it also did not take Pakistan off of the greylist as the country had wanted.

In April this year Pakistan Foreign Minister Shah Mahmood Qureshi had said that being greylisted could cost Pakistan $10 billion a year.

To stay off of the FATF blacklist, the support of at least three of a total of 36 (excluding two regional organisations) FATF members is required. Fifteen members need to support a country’s move off of the greylist, as per the FATF charter.

FATF continued to call for countermeasures against Iran and North Korea.

The FATF noted that Iran had not completed its action plan which expired in January 2018 and listed seven points for Iran to complete, noting however that Iran had made progress, including by passing the Anti-Money Laundering Act.

Countermeasures against Iran would continue to be suspended, a statement released on Friday said, with “the exception of FATF calling upon members and urging all jurisdictions to require increased supervisory examination for branches and subsidiaries of financial institutions based in Iran, in line with the February 2019 Public Statement.”

The statement comes during a week of heightened tensions with Iran. Early on Friday morning, the U.S. President Donald Trump said he had called off a pre-dawn strike on Iran at the eleventh hour.

(With inputs from Suhasini Haidar in New Delhi)

Sini Mathews, the Indian American adoptive mother of three-year-old Sherin Mathews, who was found dead at a culvert in Texas in October 2017, has been released from prison. After 15 months in jail, charges against Ms. Mathews for child endangerment were dropped due to insufficient evidence. “After extensive investigation, it was found that the state […]