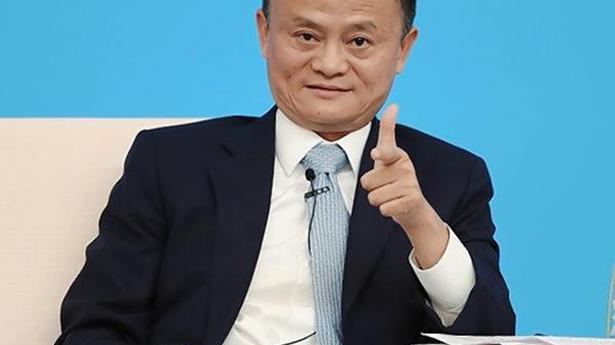 Less than two years ago, Jack Ma (in picture), founder of e-commerce giant Alibaba, waded into China’s anti-poverty campaign. He took the cue from President Xi Jinping. At the 19th Party Congress — the country’s once-in-five-years event where the previous five years’ performance is thoroughly reviewed and fresh policy directions are minted — Mr. Xi had announced a final assault on poverty. By 2020, all extreme poverty had to be eradicated, and a year later, China was to emerge as a “moderately prosperous” nation. In China, an annual income of $450 is the yardstick for gauging poverty.

Jack Ma immediately aligned Alibaba to the fulfillment of Mr. Xi’s dream. “Our company is perhaps the one that’s put the most serious effort into studying the 19th Communist Party Congress documents,” Mr. Ma told a conference of 36 partners at Hangzhou, Alibaba’s home turf. He added: “We studied it in order to find an answer to the question: what can we do to implement the spirit of the 19th Congress?”

It was at this meeting held towards the end of 2017 that Mr. Ma floated the Alibaba Poverty Relief Fund, injecting a hefty $1.5 billion for the mission. The initiative was driven by a simple idea — that rural poverty could be dented if agri-producers were linked with bigger urban markets through Alibaba’s Taobao e-commerce platform.

But Mr. Ma was fully aware that fielding an e-commerce vehicle in the rural terrain was simply not enough. Poor farmers could become richer only if they became tech-savvy farm entrepreneurs. Apart from digital infrastructure, which would connect the rural folk to the cyber-economy, it was equally important that people in the countryside understood the shifting terrain of urban demand, and devise ways to tailor their supply chains to satisfy it.

Following up on the conference, Mr. Ma earmarked company executives from the Alibaba group to journey into the countryside. There, they were assigned work in projects related to education, skills development, and market awareness. Removal of poverty had to be linked with the protection of the environment, and a focus on women-oriented schemes was essential.

Alibaba’s rural surge faintly echoed the back-to-the countryside slogan, popular during the Mao Zedong era. But Mr. Ma has stood out more as an admirer of Deng Xiaoping. “Without Deng Xiaoping, there would be no us,” Mr. Ma has been famously quoted as saying. “He (Deng) called on the people who become rich earlier to help others who are still poor. Now that we are rich today, we should fulfill this commitment and help more people to get rich.” Alibaba’s efforts, in turn, are delivering prosperous Taobao villages. A total of 600-plus villages, Taobao hamlets have become rural e-commerce hubs. Typically, a Taobao village must have more than a 100 online stores, and annual e-commerce transactions should be above $1.5 million.

Alibaba’s success has been part of a larger national public-private partnership to lift millions out of poverty. A World Bank blog titled, “E-commerce for poverty alleviation in rural China: from grassroots development to public-private partnerships,” points out that in 2014, China’s Ministries of Finance and Commerce had launched a ‘rural e-commerce demonstration programme’. Its purpose was to chart a road map for reducing poverty and modernising the rural economy by using the tools of e-commerce.

It spotlights that governments can help improve the rural business environment by providing “strategic subsidies” that would encourage collaboration of e-platform companies and logistic firms, with households and individuals. It concludes that subsidies can also help develop online branding. Incentivising high-volume online sales itself can trigger e-commerce, even in areas where the initial endowments have been low.

China said on Tuesday that the vexed issue of designating Jaish-e-Mohammed chief Masood Azhar as a global terrorist by the United Nations will be “properly resolved” but it did not give any timeline, days after Chinese President Xi Jinping met Pakistan Prime Minister Imran Khan in Beijing. China put a technical hold in March on […]

Hong Kong authorities on Sunday barred residents of China’s Hubei province, the center of the coronavirus outbreak, from entering the city, in response to mounting pressure to enact preventative measures to contain the spreading epidemic. The ban includes those who have been in the province in the past 14 days but excludes Hong Kong citizens. […]

US aircraft manufacturer Boeing, announced on Thursday that it has paused deliveries of its 737 MAX planes, after the jet model was grounded across the world in the wake of a deadly crash involving one of its planes in Ethiopia, which killed all 157 people on board. While no time frame was announced on when […]