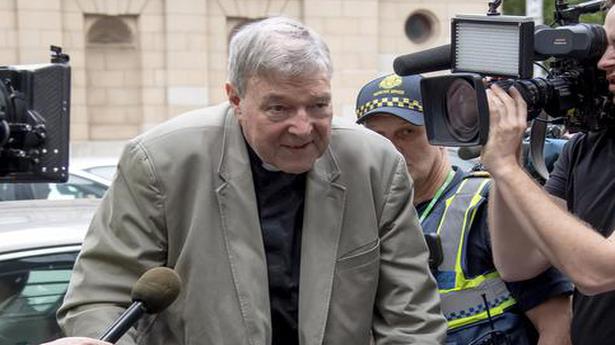 The final appeal by Cardinal George Pell against his child sexual abuse convictions will be held by Australia’s High Court on March 11-12, the court announced Friday.

It is the final avenue for the 78-year-old— who is serving a six-year sentence for sexually assaulting two choirboys in a Melbourne cathedral in the 1990s— to get out of jail.

The former Vatican treasurer, who once helped elect popes, was found guilty by a jury in December 2018 of five charges of abusing the choirboys when he was the archbishop of Melbourne.

He was sentenced the following March and lost a first appeal in August in Victoria state’s Court of Appeal in a landmark decision that saw the judges split in a 2-1 verdict.

That division— which saw two judges back the jury’s verdict and the dissenting judge side with Pell— is at the forefront of his latest bid to overturn the convictions.

The case pitted the most senior convicted Catholic child molester against a former choirboy now in his 30s, who two of the judges found to be “very compelling” and someone who “was clearly not a liar, was not a fantasist and was a witness of truth“.

The third judge, however, found the victim’s account “contained discrepancies” and there was a “significant possibility” Pell did not commit the offences.

Court documents show his legal team are mounting two grounds of appeal, with the key argument being that the majority judges applied an “erroneous judicial method” in “upholding with the jury’s verdict“.

The second contends there was not enough time for Pell to have molested the boys in the priests’ sacristy during a five to six minute period after Sunday Mass ended and the area became a “hive of activity“.

The High Court receives about 500 appeal applications each year but only agrees to hear about 35.

A spokesman said the High Court justices could announce a ruling on Pell’s appeal at the end of the two-day hearing, or withhold judgement to a later date.

During Pell’s trial under a court-ordered veil of secrecy, the Vatican gradually removed him from top Church bodies with little explanation.

Shortly after his conviction, Pell was removed from the so-called C9 Council of Cardinals that are effectively the Pope’s cabinet and inner circle of advisers.

The Vatican later dropped him as the church’s finance chief but said it would avoid launching an investigation into his conduct until after all legal avenues are exhausted.

Gunman who shot three at US food festival killed himself: coroner

The teenager who opened fire with an assault rifle at a weekend food festival in Northern California, killing three people, died from a self-inflicted gunshot wound to the head, autopsy results announced on Friday found. Police had originally asserted that the gunman, Santino William Legan, 19, was shot dead by police officers who were on […]

Pakistan has refused a request by India to allow President Ram Nath Kovind to use its airspace for his flight to Iceland, Foreign Minister Shah Mehmood Qureshi said on Saturday. Kovind will embark on a visit to Iceland, Switzerland and Slovenia from Monday during which he is expected to brief the top leadership in those […]

The pilot of a Russian passenger plane that erupted in a ball of fire on the runway of Moscow’s busiest airport, killing 41 people, said lightning led to the emergency landing. Investigators were on Monday working to understand the causes of the blaze after the Sukhoi Superjet-100 had to return to Sheremetyevo Airport shortly after […]