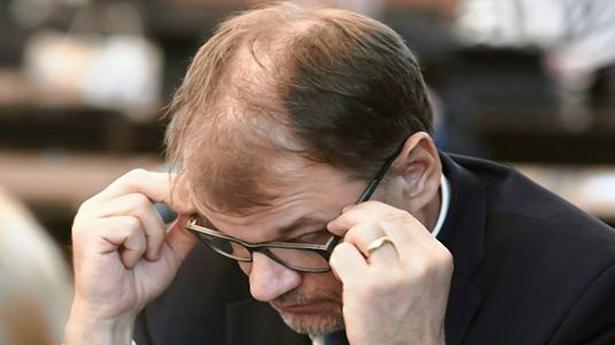 Finnish Prime Minister Juha Sipilä’s centre-right government resigned on Friday after failing to push through a flagship social and health care reform package, just five weeks ahead of a legislative election. There has been a hard fought struggle for the wide-reaching reform for over a decade, dividing successive governments.

Mr. Sipilä called the failure to pass the reform “a major disappointment”.

He has since 2015 headed a coalition made up of his Centre Party, the conservative National Coalition, and the eurosceptic Blue Reform party, a moderate faction spun off from the far-right. The three parties were unable to agree among themselves on the package, which Mr. Sipilä had made one of his top priorities in office. He had repeatedly threatened to resign if the reforms did not go through.

A former businessman who earned millions as an IT entrepreneur before becoming Prime Minister in 2015, Mr. Sipilä considered the shake-up as key to cutting the ballooning costs of treating a rapidly ageing population.

Among the reforms discussed were a centralisation of services into new regional health-care authorities and the use of more private health-care providers, a subject of heated debate.

Mr. Sipila threw in the towel when it became clear the government would not be able to submit a proposal to Parliament before the election set for April 14.

Five Afghan policemen died in a Taliban attack on a security checkpoint near a copper mine on Tuesday, officials in the region said, a day after the insurgents decided to resume operations against local forces. A Taliban spokesman did not confirm or deny responsibility for the attack in eastern Afghanistan when contacted by Reuters, saying […]

U.S. has no plan to evacuate embassy in Baghdad, more forces being sent to compound

The United States has no plans to evacuate its embassy in Baghdad and additional forces are being sent following violent demonstrations outside the compound by protesters and militia fighters enraged by American air strikes, U.S officials said on Tuesday. U.S. President Donald Trump blamed Iran for “orchestrating” the attack on the U.S. embassy in Baghdad […]