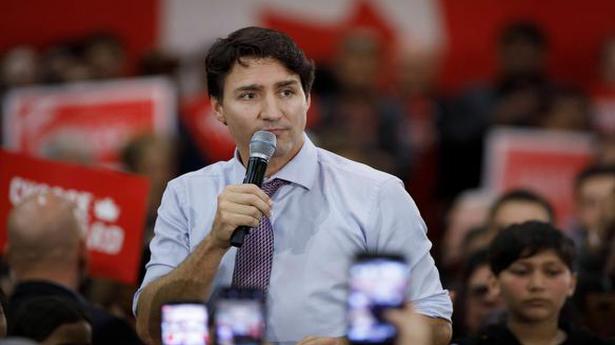 Voting began in Canada’s general election on Monday, with surveys predicting a minority government as Prime Minister Justin Trudeau’s Liberal Party risks losing its majority or even being toppled from office.

Polls opened at 11.00 GMT in the provinces of Labrador and Newfoundland, in eastern Canada, the first of the country’s six time zones. Polls will be open in far western British Columbia until 02.00 GMT Tuesday, although the first results are expected from 23.00 GMT.

Pro-China supporters in Hong Kong rally ahead of anniversary

The show of support for Beijing came after another day of violence in the semi-autonomous Chinese territory that sparked fears of more ugly scenes that could embarrass Chinese President Xi Jinping as his ruling Communist Party marks its 70th year in power on Tuesday. Pro-democracy advocates have called for a major rally to coincide with […]

An earthquake of magnitude 5.7 struck the Turkey-Iran border region early on Sunday, the European Mediterranean Seismological Centre (EMSC) said, although Turkey and Iran said there were no immediate reports of casualties. The quake had a depth of 5 km (3.1 miles), the EMSC said. Turkish public broadcaster TRT World said it affected about 43 […]

North Korea on Thursday accused US officials of maintaining hostility against Pyongyang despite a “special” relationship between leader Kim Jong Un and President Donald Trump and urged Washington to act “wisely” through the end of the year. The statement issued by Foreign Ministry adviser Kim Kye Gwan was clearly referring to an end-of-year deadline set […]