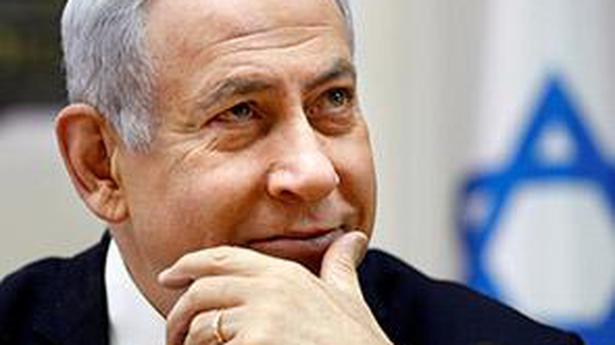 Israel’s prime minister has aligned closely with Donald Trump in his battle for political survival ahead of Tuesday’s elections a troubling tactic for the roughly 75% of American Jewish voters who lean Democratic.

Benjamin Netanyahu featured Mr. Trump in a recent campaign video, while Mr. Trump has made a series of policy moves viewed as strengthening Mr. Netanyahu in the eyes of Israeli voters, including relocating the U.S. Embassy to Jerusalem.

The American Jewish community numbering 5.5 million to 6 million leans Democratic overall but is not monolithic. Most older Jews remain supportive of Israel’s current Middle East policies, as does the roughly 10% of the Jewish population that is Orthodox.

But many liberal American Jews fear Mr. Netanyahu will push Israel’s government even further to the right if he wins.

US President Donald Trump has honoured and lavished praise on Conan, the specially trained military service dog who helped American commandoes in the raid that led to the death of Islamic State (IS) chief Abu Bakr-al Baghdadi. Baghdadi (48) died on October 26 after the world’s most wanted terrorist was chased by the US special […]

The death toll of Indian nationals in Sri Lanka has reached 11. According to sources, the list of the deceased includes seven JDS members, one individual from Telangana, another named Chandrashekhar whose kin have not yet reached out to the Indian mission and one Indian whose identity is yet to be confirmed. Sources have revealed, […]

It will look to revive U.S. business and social life, work on the domain of ‘vaccines and therapeutics’ Source: thehindu.com Related