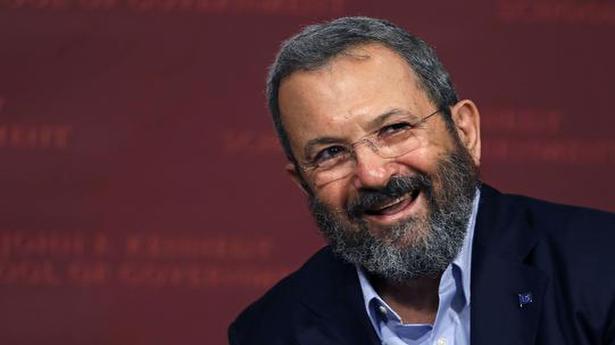 A trio of forces on the Israeli left including former Prime Minister Ehud Barak united Thursday ahead of the upcoming elections, looking to pose a powerful contrast to Prime Minister Benjamin Netanyahu’s conservative ruling Likud party.

In a joint statement, “The Democratic Camp” said it would be made up of Mr. Barak’s “Democratic Israel” faction, the dovish Meretz party and senior Labor Party official Stav Shaffir. With just a week left to present the final lists for September’s elections, all sides were concerned they might not get enough votes by themselves to cross the electoral threshold.

The move comes amid a flurry of machinations ahead of the “do-over” election in September, after Mr. Netanyahu failed to form a parliamentary majority following his seeming victory in April’s vote. To avoid giving his opponents a chance to build an alternative government, he dissolved parliament and forced an unprecedented new election campaign.

Mr. Netanyahu’s various rivals have been seeking to seize on the rare opportunity to unseat him by putting their own differences aside. Mr. Barak, who in 1999 became prime minister by becoming the only person to date who defeated Mr. Netanyahu in a head-on show down, dramatically came out of retirement last month with the stated ambition of toppling him again by helping opposition forces create a large enough bloc to unseat Likud.

The joint list will be headed by Nitzan Horowitz, the newly elected, openly gay leader of Meretz. Shaffir, a rising star in Labor, bolted from the venerable party to be second on the new list, while Mr. Barak will be placed in the tenth slot.

With Labor announcing a joint run focused on social and economic issues with the small Gesher party, “Democratic Israel” looks to have seized the mantle of peacemaking with the Palestinians and is poised to reintroduce an agenda that has long been missing for the Israeli political discourse.

Meretz lawmaker Tamar Zandberg, a former party leader, called it a “dramatic move to strengthen the left” and a “significant boost to justice and equality as an alternative to the corrupt and messianic right.”

The move appeared be facilitated by Mr. Barak’s apology earlier this week for the killing of 13 Arab protesters by Israeli police in 2000 while he was prime minister. Meretz relies heavily on support among Israel’s Arab minority and one of their prominent Arab lawmakers had called on Mr. Barak to apologize.

Since his return to politics, Mr. Barak has also been under fire for his ties to Jeffrey Epstein, the American financier jailed on sex-trafficking charges. Mr. Barak received some $2 million in grants last decade from the Wexner Foundation, of which Mr. Epstein was a trustee, and Mr. Epstein had also invested in a start-up company founded by Mr. Barak. The former prime minister has denounced Mr. Epstein and says he has “cut all ties” to him.

Users would be willing to share their bank balance details with Facebook for $8.44 a month, finds study

German Facebook users would want the social media platform to pay them about $8 per month for sharing their contact information, while U.S. users would only seek $3.50, according to a study of how people in various countries value their private information. The study by U.S.-based think tank the Technology Policy Institute (TPI) is the […]

Some residents along the Japanese northern coast on Wednesday stood on roadsides overlooking the sea, offering silent prayers for their loved ones lost in a massive earthquake and tsunami nine years ago. But in Tokyo and many other places around Japan, the day was being remembered without a main government ceremony due to the coronavirus […]

Britain’s election campaign entered its frenetic final straight on Monday with Prime Minister Boris Johnson trying to lock in the votes needed to draw a line under years of arguments and paralysis over European Union membership. Mr. Johnson is hoping Thursday’s poll will hand his ruling Conservatives a majority, to allow him to push through […]