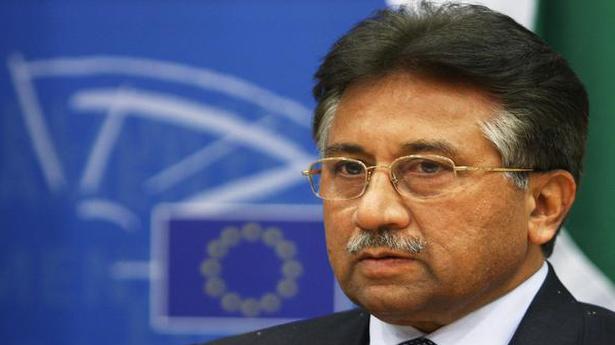 Former Pakistan President Gen. Pervez Musharraf (retd) on Wednesday said the Masood Azhar-led Jaish-e-Mohammed (JeM) was a terror outfit but indicated that his country’s intelligence had used it to carry out attacks in India during his tenure.

In a telephonic interview to Pakistani journalist Nadeem Malik of Hum News in his talk show, Gen. Musharraf, 75, who is currently in Dubai, welcomed the action against the JeM. He said it had tried to assassinate him twice in December 2003, as per a video clip shared on the journalist’s Facebook and Twitter page.

The JeM has claimed responsibility for the February 14 Pulwama attack that left 40 CRPF personnel dead.

Last month, Foreign Minister Shah Mahmood Qureshi in an interview with CNN said Azhar was in Pakistan, but the government could act against him only if India presented “solid” and “inalienable” evidence that could stand in a court of law.

The Pakistan military, however, has denied the terror group’s presence in the country.

Amid mounting international pressure after the Pulwama attack, Pakistan on March 5 detained 44 members of the banned militant outfits, including Azhar’s son and brother.

Gen. Musharraf said, “This is a good move. I have always said that the JeM is a terrorist organisation and they only had carried out a suicide attack in an attempt to assassinate me. Action should be taken against them.”

Gen. Musharraf, who also served as Pakistan’s army chief, said action against the JeM should have been taken earlier.

“Those times were different”

When asked why had he not taken action against the organisation during his stint in power, he claimed those times were “different”. Both India and Pakistan were involved in a clandestine struggle, “carrying out bombings in each other’s territory”, he said, adding his country’s intelligence agencies were engaged in it.

Amid all this, not much action was taken against the Jaish, he said, adding that he had also not insisted.

Gen. Musharraf, who ruled Pakistan from 1999 to 2008, is facing the treason case for suspending the Constitution in 2007, a punishable offence for which he was indicted in 2014. He has been living in Dubai since March 2016.

The newly formed Advance NZ Party’s page was taken off because of “repeated violations” of Facebook’s policy on misinformation about the virus that could lead to imminent physical harm, Facebook said in a statement Source: thehindu.com Related

Australian cricketer Shane Warne’s baggy green cap has made more than 1 million Australian dollars ($685,000) at auction to aid those affected by wild fires across the country. When bidding closed on Friday morning the famous cap that is given to each Australian test cricketer on their debut was sold for $1,007,500. Australia’s Commonwealth Bank […]