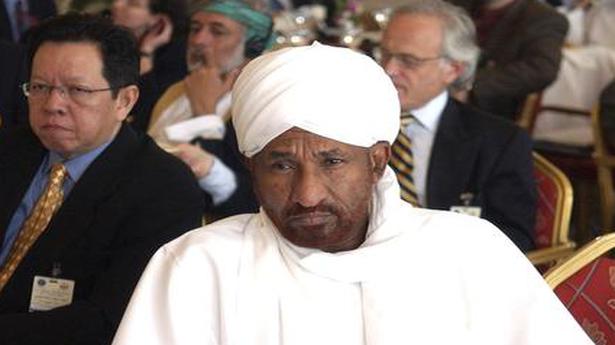 Sadiq al-Mahdi, Sudan’s last democratically elected prime minister and leader of the country’s largest political party, died of COVID-19 Thursday in a hospital in the United Arab Emirates, his party said. He was 84.

Al-Mahdi was taken to Abu Dhabi for treatment in early November. His body was expected to arrive in Sudan for burial Friday morning, the National Ummah Party tweeted. It had announced al-Mahdi tested positive for the coronavirus on Oct. 29.

Al-Mahdi was overthrown in a 1989 Islamist-backed coup that brought longtime autocrat Omar al-Bashir to power. Al-Mahdi’s party allied with Sudan’s pro-democracy uprising that led the military to overthrow al-Bashir in April 2019.

Sudan has since been ruled by a transitional military-civilian government. Elections could possibly be held in late 2022.

Al-Mahdi was one of the staunchest opponents of Sudan’s recent normalisation of ties with Israel, which he dismissed as “an apartheid state” over its treatment of the Palestinians. He also accused President Donald Trump of being racist against Muslims and Black people.

Al-Mahdi was born in December 1935 in Khartoum’s sister city of Omdurman. He was the great-grandson of Mohammad Ahmad al-Mahdi, a religious leader whose movement waged a successful war against Egyptian-Ottoman rule in Sudan in the second half of the 19th century.

Al-Mahdi also served as Prime Minister in 1966-67 before a group of military officers led by Jaafar al-Nimeiri took over two years later and turned the country into a military dictatorship for nearly two decades. The veteran politician was jailed several times and went into self-exile for years.

The polls in Gilgit-Baltistan were to be held on August 18, but the Election Commission on July 11 postponed them due to the coronavirus pandemic. Source: thehindu.com Related

Facebook on Friday confirmed that some stories from News Corp, publisher of The Wall Street Journal, will be among the headlines delivered in a news tab the leading social network plans to launch in coming weeks. Edited by seasoned journalists, the tab will be separate from the feed that displays updates from people’s friends, according […]

NASA has decommissioned the Spitzer Space Telescope, one of its greatest observatories which has studied the universe by detecting cosmic infrared radiation for more than 16 years, the US space agency said in a statement. Spitzer, which was launched in 2003, studied some of the most distant galaxies ever detected with the light from some […]