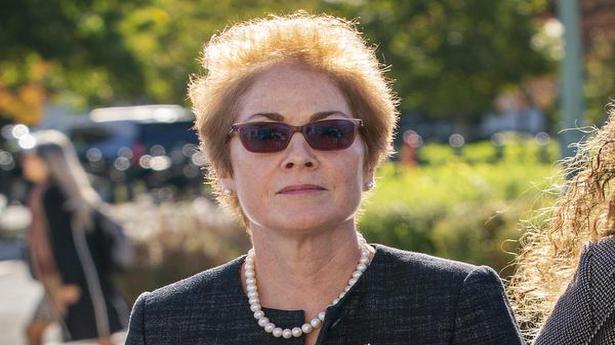 Former U.S. Ambassador to Ukraine Marie Yovanovitch has told House impeachment investigators that President Donald Trump himself had pressured the State Department to oust her from her post and get her out of the country.

Testifying in defiance of a Trump ban, Yovanovitch told lawmakers investigating Trump’s dealings with Ukraine that there was a “concerted campaign” against her based on “unfounded and false claims by people with clearly questionable motives.”

The diplomat was recalled from Kyiv as Rudy Giuliani who is Trump’s personal attorney and has no official role in the U.S. government pressed Ukrainian officials to investigate baseless corruption allegations against Democrat Joe Biden and his son Hunter, who was involved with a gas company there.

U.S. President Donald Trump said on Saturday that North Korean leader Kim Jong-un wants to resume denuclearisation talks after U.S.-South Korean war games end. Mr. Trump tweeted that in a letter to him, Mr. Kim apologised for a recent spate of missile tests, the latest of which came at daybreak on Saturday Korean time, and […]

Islamist group al Shabaab on Monday claimed responsibility for a bomb blast in Mogadishu that killed at least 90 people over the weekend while Somalia said a foreign government that it did not identify helped plan the attack. The bombing was the deadliest in more than two years in a country wrecked by nearly three […]

War by other means: 10 key dates in the 16-month-long U.S.-China trade battle

Here are 10 key dates in the 16-month-long trade battle March 8, 2018: President Donald Trump announces 25% tariffs on steel imports and 10% on aluminium from a number of countries in a bid to slash the huge U.S. trade deficit The deficit reached $566 billion in 2017, of which $375 billion was with China, […]