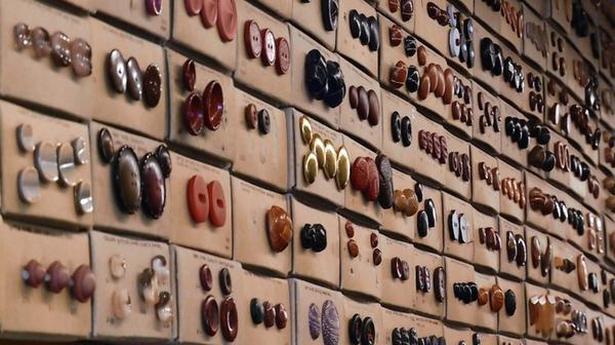 Since the 1960s, a narrow little New York shop has specialised in solving the fashion crises of customers who are desperate to find just the right button, a list that includes a U.S. first lady, a renowned academic and even Kermit the Frog.

The shop, named Tender Buttons, is stuffed to the ceiling with a cornucopia of clothing fasteners. For decades, it has been providing relief to anyone who has lost an unusual button and needs to replace it.

“Each button has its charm, its quality, its aesthetic,” said Millicent Safro, who opened the store in the 1960s with her friend Diane Epstein as an artistic jaunt inspired by New York’s burgeoning pop art scene. Safro runs the shop, named after a book of poems by Gertrude Stein, following Epstein’s death in 1998.

Decades later, the shop is stuffed to the rafters with buttons, some dating back to the 17th century, organised in multiple floors of Ms. Safro’s slender townhouse.

“A woman bought a dress in Rome and lost a button on the airplane. And we had the button. It was a very proud moment,” Ms. Safro said.

She steadfastly maintains the store’s tradition of sharing the often rich history of each button with the customer in pursuit of it. “When you come to buy a humble shirt button, you get the entire history of that button,” Ms. Safro said. That includes the metal and faceted glass buttons from 1890 that sell for $225 each.

“It was a time when the railroads were being built and everyone was prospering,” she said, explaining why the enormous, showy knobs emerged as status symbols just before the turn of the century.

In the 1890s, such a button may have secured a cape. In the 1980s, they were snapped up for couture wear by Chanel’s newest creative director, a rising designer named Karl Lagerfeld, who died last month.

When Kermit the Frog needed to secure his raincoat for an appearance on the U.S. children’s television show Sesame Street, the Muppets’ clothing designer turned to Tender Buttons for help.

Much of the store’s inventory is contemporary. But it also includes antiques such as early American buttons made of copper and tin.

U.S. presidential hopeful Bernie Sanders returned to the campaign trail in New York City on Saturday, three weeks after suffering a heart attack, and pledged to resume at full throttle his battle against the business and political establishment, including members of his own Democratic Party. “I am more than ready to assume the office of […]

As many as 4,555 Russians have died of COVID-19 and 396,575 infections have been confirmed overall Source: thehindu.com Related