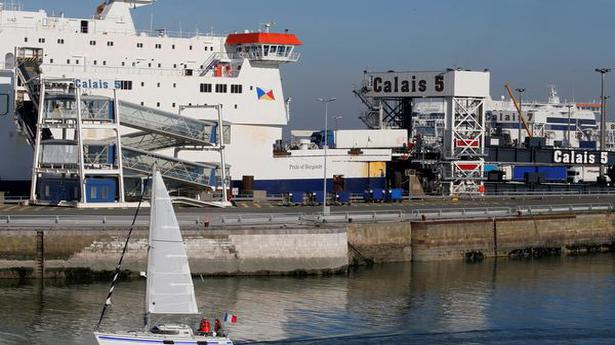 French police have arrested 44 migrants who had climbed aboard a ferry while it was docked at the port of Calais in the night of Saturday to Sunday, a Pas-de-Calais prefecture official told Reuters.

The migrants entered the highly protected port area on Saturday night and used ladders to climb aboard a ferry that had arrived from Dover in Britain.

The migrants are being held at the Calais police headquarters while police officials continued searching the ship on Sunday morning.

The prefecture and humanitarian organisations estimate that several hundreds of migrants are living in the Calais area, all hoping to find a way to get to Britain.

The U.S. is seeking more information from Pakistan on the potential misuse of American-made F-16 fighter jets by it against India in violation of the end-user agreement, the State Department has said. The Indian Air Force on Thursday displayed parts of an AMRAAM beyond visual range air-to-air missile as evidence to “conclusively” prove that Pakistan […]

10.00 am Holi celebrations Girls splash colours as part of the Holi celebrations in Agartala. Doctors have advised to use natural colours extracted from flowers, veggies. In the wake of mass shooting in New Zealand and ahead of Holi, the Delhi police has heightened security in the city, including increased patrols. The CRPF will not […]