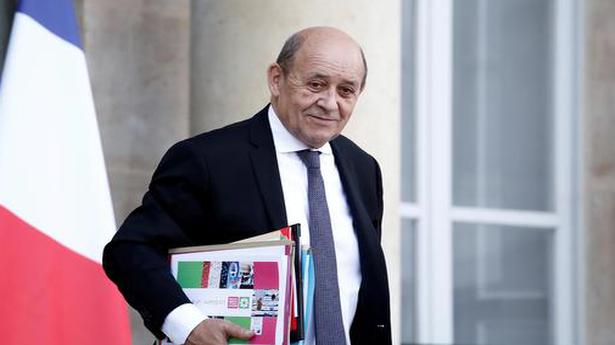 French Foreign Minister Jean-Yves Le Drian was in Egypt on Sunday hoping to ease tensions following the publishing of controversial cartoons of the Prophet Mohammed that sparked ire in the Arab world.

Demonstrations have erupted in several Muslim-majority countries after Mr. Macron defended the right to publish cartoons of the Prophet Mohammed, which many saw as insulting and an attack on Islam.

Mr. Macron’s remarks came after a suspected Islamist decapitated a schoolteacher in a Paris suburb on October 16, after he showed the cartoons during a lesson on freedom of expression.

Mr. Sisi himself had weighed in, saying last month that “to insult the prophets amounts to underestimating the religious beliefs of many people”.

Nepal will be “happy” to host an informal summit of the leaders of the South Asian Association for Regional Cooperation (SAARC) on the sidelines of the coming Sagarmatha Sambaad here. Speaking to Indian journalists here on Friday, Foreign Minister Pradeep Kumar Gyawali reiterated that Nepal would also work to build greater connectivity with China. “It […]

US strikes Taliban forces, in first hit since peace deal

The US conducted Wednesday its first airstrike against Taliban forces in Afghanistan since signing an ambitious peace deal with the militant group. US military spokesman Col. Sonny Leggett said in a tweet that the “defensive” strike was the first US attack against the militants in 11 days. He said the attack was to counter a […]

The death toll from COVID-19 in Iran continued to rise on Saturday with 21 more people killed, including a politician who became the eighth official to succumb to the disease. Health Ministry spokesman Kianoush Jahanpour announced 1,076 additional cases had been confirmed in the past 24 hours, bringing the overall tolls to 145 dead and […]