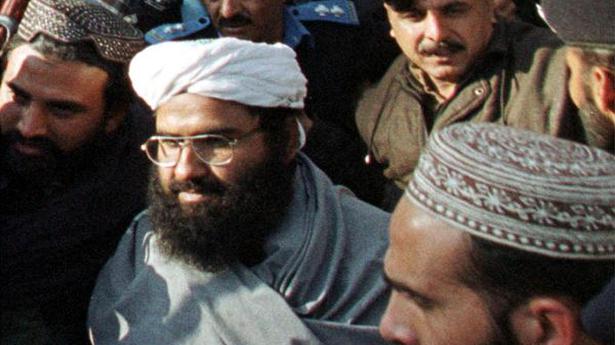 Days after pledging to designate Pakistan-based Jaish-e-Mohammed chief Masood Azhar, as a global terrorist at the UN, Paris has sanctioned him and frozen his assets in France.

A statement from the Government of France cited the attack at Pulwama on February 14, which claimed lives of more than 40 CRPF personnel, saying that Masood’s organisation, JeM claimed responsibility of the attack.

“France has decided to sanction Masood Azhar at the national level by freezing his assets in application of the Monetary and Financial Code. A joint decree of the Ministries of the Interior, and Economy and Finance was published today in the Official Gazette,” said a press statement from the Government of France that was also placed on social media by the French Ambassador to India.

Apart from creating hurdles for financial transactions, the sanction from France will also help in stopping travel by Azhar and his known followers.

“We will raise this issue with our European partners with a view to including Masood Azhar on the European Union list of persons, groups and entities involved in terrorist acts, based on this decree,” the press statement said.

However, the health agency said the evidence for the virus being airborne was not convincing. Source: thehindu.com Related

Amid increased India-Pakistan tension, the United States will host an intersessional meeting of the US-India 2+2 Dialogue in California on Thursday to discuss ways to advance cooperation on critical diplomatic and security priorities.   The intersessional meeting is aimed at strengthening the strategic partnership, the State Department said Wednesday. “During the Intersessional, the two sides […]

Heavy rain fell on tens of thousands of umbrella-toting protesters Sunday as they marched from a packed park and filled a major road in Hong Kong, where mass pro-democracy demonstrations have become a regular weekend activity this summer. Organisers said they hoped the assembly would be peaceful, which would make for a rare calm weekend […]