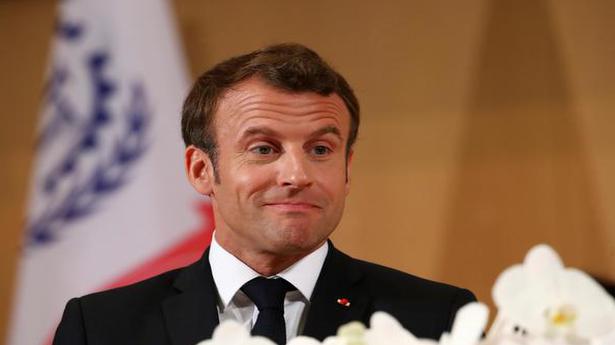 The French police have smashed a neo-Nazi cell accused of plotting attacks on Jewish or Muslim places of worship, legal sources said on Tuesday.

Five members of the group, who were “close in ideology to the neo-Nazi movement” were charged between September and May over the alleged plot, a source close to the investigation said.

“The investigation suggested they were developing an ill-defined plot to carry out an attack, likely to target a place of worship,” the judicial source said. The sources gave no details of specific targets or motives.

The police in the southeastern city of Grenoble first arrested a man on weapons charges in September 2018.

The investigation led them to the four other suspects, two of them minors.

Anti-terrorism investigators took over the investigation in January and charged the suspects with terror offences, including making and transporting explosive devices and being part of a terrorist conspiracy.

While France has repeatedly been targeted by jihadists since 2015, a handful of alleged plots involving far-right extremists have made headlines in recent months.

In November, six people were arrested over an alleged plot to attack President Emmanuel Macron.

In July 2017, a 23-year-old was charged with plotting to assassinate the president at France’s Bastille Day military parade.

The man told investigators he wanted to kill Macron along with “Muslims, Jews, blacks and homosexuals,” and three kitchen knives were found in his car.

In June 2018, 13 people with links to the radical Action des Forces Operationnelles (Operational Forces Action) group were arrested by anti-terrorist police over an alleged plot to attack Muslims.

We meet everyone, Indian Ambassador to U.S. on meeting with Steve Bannon

India’s Ambassador to the U.S. Harsh Vardhan Shringla met with former White House chief strategist Steve Bannon at the latter’s house in Washington DC. Their meeting included a discussion on India, Russia, China and domestic politics in the U.S, according to Mr. Shringla. “He’s someone who has high regard for India and wants to see […]

Coronavirus: death toll in China rises to 560, over 3000 new cases in the country

The number of confirmed fatalities from China’s coronavirus outbreak rose to at least 560, after authorities in hardest-hit Hubei province reported 70 new deaths on February 6. In its daily update, the health commission in Hubei also confirmed the number of confirmed infections in the outbreak has reached 28,018 nationwide with 3,694 new cases reported. […]