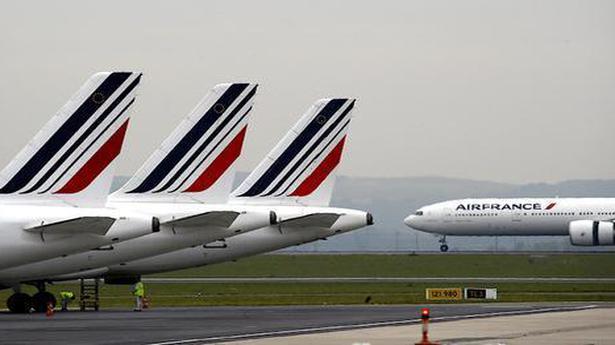 The French government is to impose a tax of up to €18 on plane tickets for all flights from airports in France to fund less-polluting transportation projects, a Minister said on Tuesday.

The move, which will take effect from 2020, will see a tax of €1.5 imposed on economy-class tickets on internal flights and those within Europe, with the highest tariff applied to business-class travellers flying outside the bloc, Transport Minister Elisabeth Borne said.

The new measure is expected to bring in some €182 million a year which will be invested in greener transport infrastructures, notably rail, she said, adding that it will only be applied on outgoing flights and not those flying into the country.

A similar tax was introduced in Sweden in April 2018, which imposed an added charge of up to €40 on every ticket in a bid to lessen the impact of air travel on the climate.

Important for India to be ‘close’ to Taliban, says U.S.

“A healthy Afghanistan is going to need to have a healthy relationship with India,” Alice Wells said, replying to a question from The Hindu during a briefing. Source: thehindu.com Related

Signs of recession worry President Trump ahead of 2020

President Donald Trump is warning of an economic crash if he loses reelection, arguing that even voters who personally dislike him should base their ballots on the nation’s strong growth and low unemployment rate. But privately, Trump is growing increasingly worried the economy won’t look so good come Election Day. The financial markets signaled the […]