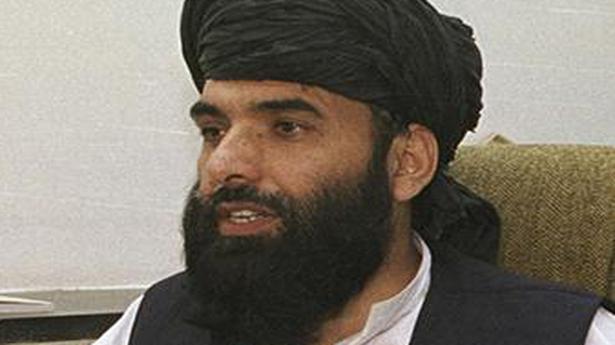 The Taliban on Saturday said the gap is narrowing in talks with U.S.’s special peace envoy over a timetable for the withdrawal of U.S. troops from Afghanistan. The two sides are continuing to meet in Qatar.

In a voice message to , the Taliban spokesman in Doha, Sohail Shaheen, said both sides have offered new proposals for drawing down U.S. and NATO forces. This would be a significant initial step toward a deal to end nearly 18 years of war and America’s longest military engagement.

“There are proposals to lower the gap between the two sides, but (it) still needs negotiation to reach a final agreement,” he said in an English language statement.

Other Taliban officials familiar with the negotiations had earlier said that the U.S. was seeking a year and a half to withdraw its estimated 14,000 troops from Afghanistan, while the Taliban wanted it done in six months. Talks between the U.S. and Taliban, which began last year with the appointment of Washington’s peace envoy, Zalmay Khalilzad, have focused on a timetable for a U.S. withdrawal as well as Taliban guarantees that Afghanistan will not be used as a staging arena for global terrorist attacks.

Taliban officials said the group has concerns about a ceasefire — Taliban commanders in the field are unlikely to accept a ceasefire while foreign troops are still in Afghanistan, and once a cease-fire is declared, it would be difficult to re-start the fighting if the U.S. reneges on its deal.

Firefighters brought under control a fire that broke out at a residential tower in Sharjah in the United Arab Emirates on Tuesday night, Sharjah’s go Source: thehindu.com Related

Iran’s Parliament passed a Bill on Tuesday designating all U.S. forces “terrorists” over the killing of a top Iranian military commander in a U.S. strike last week. Qassem Soleimani, the popular head of the Revolutionary Guards’ foreign operations arm, was killed in a U.S. drone strike outside Baghdad airport on Friday, ratcheting up tensions between […]

When Carlo Navarro, his wife and 15-year-old daughter visited Japan from the Philippines in February, they knew they were taking a chance with the coronavirus, but thought they would be spared if they took precautions. They wore masks and gloves and always had alcohol handy to sanitize their hands. But Mr. Navarro, a 48-year-old tax […]