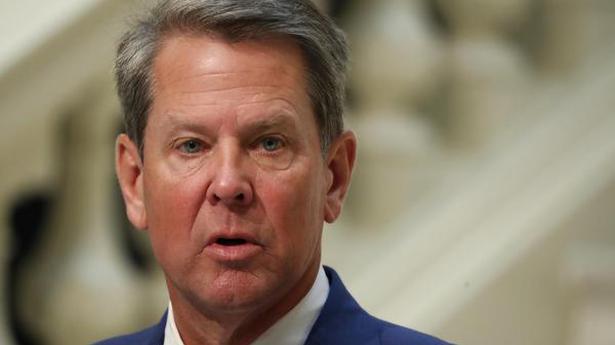 The certification happened following the conclusion of the hand-count of the five million votes requested by the Trump campaign.

In another setback for U.S. President Donald Trump who is fighting to have his loss in the presidential elections overturned, Governor Brian Kemp of Georgia certified the results of a hand-count of votes in his State, giving Joe Biden, the President-elect and Democratic candidate, the State’s 16 Electoral College votes.

The certification happened following the conclusion on Thursday of the hand-count of the five million votes requested by the Trump campaign, resulting in a 12,670 vote lead for Mr. Biden. The State had also had announced an audit of the first count, required by law.

Georgia Secretary of State Brad Raffensperger, who described himself as a “passionate conservative” and a “proud Trump supporter” said he was disappointed, like other Republicans, that their candidate did not win the State.

“People feel their side was cheated. We saw this from the Democrats in 2018 and we see this from Republicans today,” Mr. Raffensperger said. “Working as an engineer throughout my life, I live by the motto that numbers don’t lie,” he said, adding that the numbers presented today were correct.

Mr. Raffensberger had told the Washington Post earlier this week that he and his wife had received death threats in the run up to the announcement and that he was under pressure from Republicans, including Senator Lindsay Graham to not count legally cast ballots (hypothetically, on the basis of non-matching signatures in mailed-in ballots).

On Friday evening, Mr. Kemp said thousands of uncounted votes (5,800 resulting in almost 1,400 net gain for Mr. Trump as per CNN) were found after the audit, something he called “unacceptable”. Mr. Kemp said the audit did not get into the signature matching issue.

“It is important for Georgians to know that the vast number of local election workers did their job well under unprecedented circumstances.”

The Governor did not explicitly say that Mr. Biden had won but said since he had to, by law, formalise the certified results that had been presented by Mr. Raffensberger, “which paves the way for the Trump campaign to pursue other legal options and a separate recount if they choose.”

Georgia will hold run-off elections for two Senate seats on January 5, the results of which will determine whether Democrats or Republicans control the Senate in the next Congress.

A Saudi Arabian court on Sunday sentenced to death a man accused of stabbing three performers at a live show in the capital Riyadh in November, State television said. Another man on trial for the same incident was sentenced to 12 and a half years in prison, al-Ekhbariya television said. The November 11 attack occurred […]

The 3,000-page report containing recorded statements of 132 people was submitted to the Chief Justice of Pakistan. Source: thehindu.com Related

Australian High Commissioner tweeted on Thursday that he told India’s Minister of External Affairs that China’s moves were “destabilizing and could provoke escalation” Source: thehindu.com Related