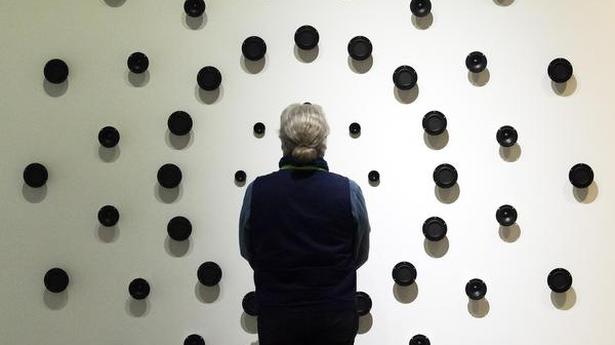 The German city where the Bauhaus was born a century ago is paying tribute to the school behind a string of modern design icons with a new museum opened on Friday meant to anchor it in its turbulent historical context.

The Bauhaus Museum in Weimar, a functional but elegant concrete cube designed by German architect Heike Hanada, showcases many of the items that blurred the lines between the artistic and the industrial producing some of the precursors of modern mass design and helping make the Bauhaus influential far beyond its relatively brief existence.

Visitors can admire exhibits such as Peter Keler’s cradle made of a blue circle, a yellow triangle and red square, produced in 1922 under the direction of artist Wassily Kandinsky; Wilhelm Wagenfeld’s domed table lamp of 1924; Ludwig Mies van der Rohe’s steel easy chair and stool from 1929, and early precursors of the fitted kitchen.

But the museum also explores the wider and constantly shifting ambitions of the Bauhaus, which started work in April 1919 under architect Walter Gropius as Germany grappled with its political future after First World War. It reflects the political troubles that forced the school to move twice then close down shortly after the Nazis came to power in 1933.

The aim is not just to show off architecture and design but also to see the school and its leading lights “in their diversity, with their contradictions and how they are anchored in the 20th century,” said Benjamin-Immanuel Hoff, Thuringia State’s Culture Minister.

Weimar stands for both the high points of German classical culture and the low points of the country’s history. It was home to the poets Johann Wolfgang von Goethe and Friedrich Schiller and composer Franz Liszt, but later to the Nazis’ Buchenwald concentration camp.

Gropius, the first Bauhaus director, left Weimar a collection of 168 Bauhaus objects including ceramics, metalwork, furniture and rugs that is a mainstay of the museum’s collection. It survived the Second World War packed up in a room at Weimar’s city palace.

Bauhaus students had to learn a craft in one of 10 Bauhaus workshops. Those included a stage workshop, a kind of theatrical laboratory that explored movement, form and light.

Sudan’s transitional government is to postpone lifting fuel subsidies, initially planned as part of the 2020 budget, the information minister said. Finance minister Ibrahim Elbadawi said on Friday the fuel subsidies will be gradually removed, a sensitive decision. But the government met on Saturday with the former opposition which helped bring down veteran ruler Omar […]