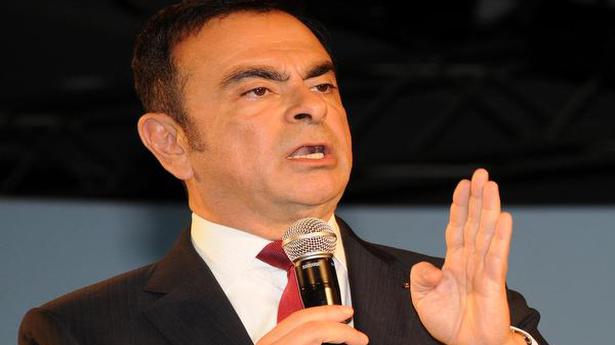 Lawyers for Carlos Ghosn, the fugitive former automotive executive, on Monday argued in a Dutch court for the release of internal documents relating to his dismissal by Nissan Motor and Mitsubishi Motors .

Ghosn, former chairman of the Renault-Nissan-Mitsubishi alliance who was arrested in Japan in 2018 but fled to Lebanon last December, launched a court case in the Netherlands against the Japanese carmakers in July arguing that his firing was unlawful.

Monday’s hearing at the Amsterdam District Court was the first public session in the case. Ghosn is seeking 15 million euros ($17 million) in damages from the carmakers, who he says violated Dutch labour laws.

“Nissan and Mitsubishi publicly shamed Ghosn,” attorney lawyer Roeland de Mol told the court. “Their reports and accusations were never put to Ghosn. There was no due process.”

De Mol said Ghosn wants “a full debate on the reasons of Ghosn’s dismissal. We need the information in his file to be able to do that. Mr. Ghosn is ready for a fight.”

Ghosn is seeking access to documents relating to internal Nissan and Mitsubishi investigations, which the carmakers used to substantiate his dismissal on allegations of financial misconduct.

His defence team has argued that the documents will show the companies were aware of Ghosn’s activities.

Ghosn’s lawyers claim he was unfairly dismissed as chairman of Nissan-Mitsubishi BV, a Dutch-registered entity, because the details of the allegations were not shared with him.

Fish and vegetable merchants are reopening stalls at wet markets in China’s central city of Wuhan as it lifts a months-long lockdown against the coronavirus pandemic, but their future looks uncertain with few customers as the virus stigma persists. The virus, which has infected 1.6 million people and killed 106,000 in 214 countries, is believed […]

WikiLeaks’ founder Julian Assange was arrested on Thursday after being holed up in Ecuador’s embassy in London since 2012. Here are the key developments concerning Assange: July to October 2010: WikiLeaks releases about 470,000 classified military documents concerning American diplomacy and the wars in Afghanistan and Iraq. It later releases a further tranche of more […]

In a sweeping legal victory for members of the Rohingya Muslim minority, the United Nations’ top court on January 23 ordered Myanmar take all measures in its power to prevent genocide against the Rohingya people. The court’s President, Judge Abdulqawi Ahmed Yusuf, said the International Court of Justice “is of the opinion that the Rohingya […]