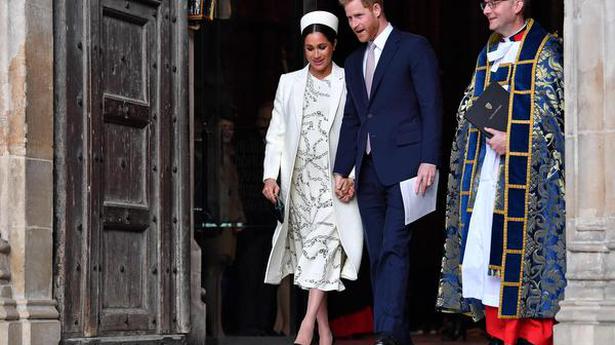 Prince Harry and wife Meghan’s baby will be a girl called Diana born at home early next month — or so say the odds being offered by British bookmakers.

As royal watchers await the couple’s first baby, punters are having a flutter on its gender, whether it will have Prince Harry’s ginger hair, when it will be born, and, of course, the name.

It should be an even chance, but betting firms are convinced the baby, who will be seventh in line to the throne, will be a girl.

Bookmakers William Hill priced the odds on a girl as low as 2/5, which means betting £5 to win £2 implying a five in seven chance of it being the correct outcome. But punters have still been piling on big money, forcing the chain to suspend taking bets on April 9.

“In a normal market, that means people know,” said William Hill spokesman Rupert Adams, adding that the only other possibility was that gamblers were simply following other people’s bets, assuming the secret was out. “I would be astonished if it’s not a girl,” he said. The odds on a red-haired baby are 3/1.

The name of Prince Harry’s mother, killed in a 1997 car crash, has captivated punters. “Diana is the red-hot favourite. I don’t understand it at all. I wouldn’t want to be reminded about it every morning. Sixty percent of all name bets are on Diana,” said Mr. Adams.

A fire engulfed a ferry at sea overnight in the southern Philippines, killing at least two people while more than 100 others were rescued, the coast guard said Wednesday. Search and rescue efforts were continuing after the fire on the M/V Lite Ferry 16 off Dapitan city in Zamboanga del Norte province, coast guard spokesman […]

Theresa May says will resign before ‘next phase’ of Brexit negotiations: MP

British Prime Minister Theresa May on Wednesday told Conservative MPs she would step down before the “next phase” of Brexit negotiations, without giving further details on when that might be, an MP at the meeting told reporters. Ms. May said, “she would not remain in post for the next phase of the negotiations,” James Cartlidge […]

The Greens made strong gains in Switzerland’s election on Sunday while the far-right party lost ground, early results showed, potentially putting environmentalists in the mix for a seat in the coalition that has governed the country for decades. The Green Party rode on voters’ concerns about climate change and could dilute the centre-right parties’ grip […]