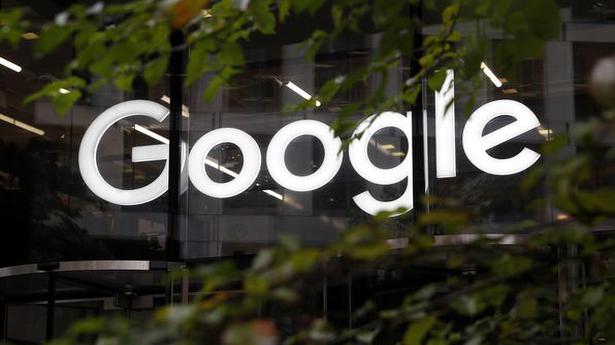 The complaint, seen by Reuters, will trigger a National Labour Relations Board (NLRB) investigation into whether Google violated the four individuals’ right to collectively raise concerns about working conditions.

Google fired the four named employees “to discourage and chill employees from engaging in protected concerted and union activities,” the filing states. “Its actions are the antithesis of the freedoms and transparency it publicly touts.”

Google did not respond to a request for comment on the filing, though it has said the four workers were let go for violating the company’s data-security policies.

The CWA union, which represents 7,00,000 North Americans working at AT&T Inc, Walt Disney Co and companies in several other industries, has been trying to organise workers at Google, said Laurie Burgess, an attorney at Messing Adam & Jasmine who worked on the NLRB filing.

The union stepped forward to make the charge against the company “because it has been harmed by Google’s actions,” she said.

If at the end of its investigation the NLRB finds Google has a case to answer, the union could seek to reach a settlement or, ultimately appeal to a court.

CWA spokeswoman Beth Allen said its organising director has been in touch with Google employees for some time to offer assistance.

“It’s a good partnership we have and through their own organising if they decide they want to form a union, we are here to help them,” she said. “We really believe in workers leading their own struggles.”

The four workers, who were fired November 25, “visibly led and participated in” organising at Google, according to the filing.

“I was fired for organising my co-workers and advocating for better working conditions for everyone who works at Google (including employees, temps, vendors, and contractors),” one of the workers, Paul Duke, said in a tweet on Wednesday.

He and others in social media posts since their exit have alleged that Google, which has faced a swell of worker activism over the past two years, wanted to demonstrate consequences for speaking out.

Duke and sacked co-workers Laurence Berland and Sophie Waldman publicly signed a petition in August, urging Google to reject business from three U.S. immigration agencies that the petition said had mistreated migrants. The fourth fired worker, Rebecca Rivers, had protested Google policies that appeared to undermine its support for people who identify as gay, lesbian or transperson.

When the NLRB finds violations, it typically tries to help accusers and companies reach a settlement.

Google in September announced such a settlement after an employee accused the company of firing him for his conservative political views. Google said it agreed to remind employees that its “policies do not prevent employees from discussing workplace issues.”

The company has long prided itself on listening to employee feedback and even adjusting course on the spot based on ideas at all-staff meetings. But it now serves more than 3 billion consumers and business customers across search, navigation and health technology, and it faces fierce competition in advertising and increased regulatory scrutiny.

The company in the last year has reeled in elements of its unorthodox culture, such as by cutting back on company-wide meetings next year, as it deals with its much broader influence.

The co-founders stepped down on Tuesday from their executive roles but retain their votes and board seats.

The Islamic State extremist group remains resilient in Afghanistan despite “a high pace” of operations against it by government and international forces — and is urging all armed groups not to interfere in the upcoming presidential election, U.N. Secretary-General Antonio Guterres has said The UN. chief said in a report to the Security Council circulated […]

Loud noises caused by an elevator malfunction at Disneyland Paris on Saturday led to a brief moment of panic, and rumors of an attack, but there were no injuries, authorities said. A police spokesman said people at the park mistook the sounds for gunfire. France’s Interior Ministry said there was a stampede, but that it […]

Saudi Arabia denounced U.S. President Donald Trump’s recognition of Israel’s 1981 annexation of the Golan Heights, a statement released by the Saudi Press Agency said early on Tuesday. “Attempts to impose fait accompli do not change the facts,” the statement said. It said the Golan Heights was an “occupied Syrian Arab land in accordance with […]