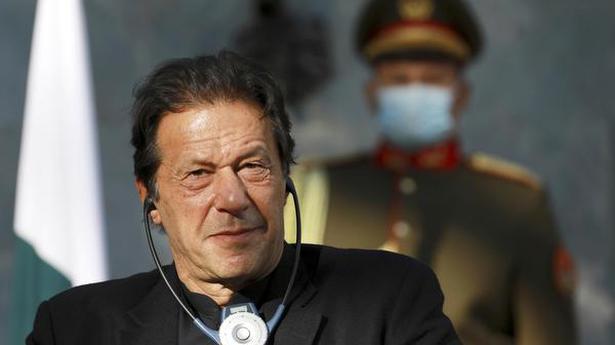 His remarks came after he arrived in the disputed region to attend the oath-taking ceremony of the 14-member Gilgit Baltistan Cabinet.

Pakistan Prime Minister Imran Khan on Wednesday said that his government would work on a priority basis to grant the provisional provincial status to Gilgit Baltistan, according to a media report.

His remarks came after he arrived in the disputed region to attend the oath-taking ceremony of the 14-member Gilgit Baltistan Cabinet.

“What will the new government do? First, we will work on granting the region provisional provincial status so that the prevailing sense of deprivation [among the people] can be eradicated,” Dawn newspaper quoted Khan as saying.

India has slammed Pakistan for its decision to hold elections in Gilgit-Baltistan and said any action to alter the status of the militarily-occupied region has no legal basis.

India also clearly conveyed to Pakistan that the entire Union territories of Jammu and Kashmir and Ladakh, including the areas of Gilgit and Baltistan, are an integral part of the country.

The U.N. headquarters began its first phase of re-opening on July 20, under which no more than 400 people will be allowed to be present at the premises on any given day Source: thehindu.com Related

Baby born on boat among 87 saved off Canary Islands

A baby born on a rickety boat bound for the Canary Islands was one of 87 migrants picked up by rescuers overnight, Spanish rescuers said on Friday. The migrants, all of them from sub-Saharan Africa, were travelling on three boats which were picked up just south of the island of Gran Canaria, a spokeswoman for […]

Explosion at gas pipeline leads to blackout in Syria