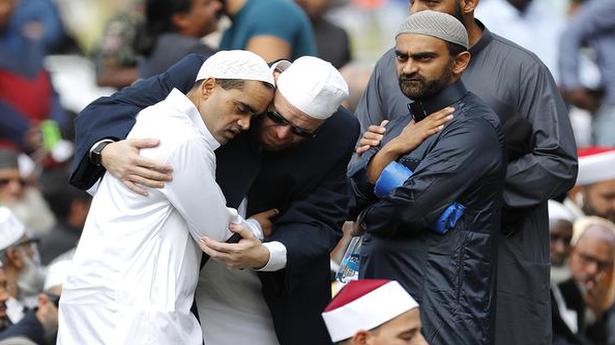 New Zealand on Friday defended its reaction to its worst mass shooting, telling Muslim countries meeting in Turkey that the police response to the killing of 50 people was “instantaneous” and the perpetrator would spend life in prison.

Speaking to the Organisation of Islamic Cooperation (OIC), New Zealand Foreign Minister Winston Peters was responding to Turkish President Recep Tayyip Erdoğan who has said Turkey would make the suspected attacker pay if New Zealand did not.

Mr. Erdoğan’s comments at a series of election campaign rallies — including calling on New Zealand to restore the death penalty and repeatedly showing video footage of the shootings that the alleged gunman had broadcast on Facebook — triggered a diplomatic dispute between the nations.

“This person will face the full force of New Zealand law, and will spend the rest of his life in isolation in a New Zealand prison,” Mr. Peters told the OIC, meeting in emergency session to discuss Islamophobia and the March 15 shootings in Christchurch. “Our police have started the largest investigation in our history,” said Mr. Peters. The OIC meeting in Istanbul was also attended by Mr. Erdoğan, who briefly met Peters on the sidelines.

Addressing the conference separately, Mr. Erdoğan struck a conciliatory tone, saying the empathy and reaction displayed by New Zealand Prime Minister Jacinda Ardern since the incident ”should be an example to the world.”

Mr. Peters told the gathering “an attack on one of us observing their beliefs is an attack on all of us”.

An Iranian fighter jet went down on Wednesday in the north of the country, near the border with Azerbaijan, Iran’s state television reported. The fate of the pilot was not immediately known. The TV reported that the crash happened in the Sabalan mountainous region and that rescue teams and three search helicopters were looking for […]

China’s Communist government needs to be held accountable for their role in lying about the Coronavirus pandemic, and the US Congress needs to respond — now, said 48-year-old Haley, a former two term Governor of South Carolina and former US Ambassador to the United Nations. Source: thehindu.com Related

WHO a puppet of China, says Trump

Trump said the WHO was against the imposition of a ban on travel from China in late January Source: thehindu.com Related