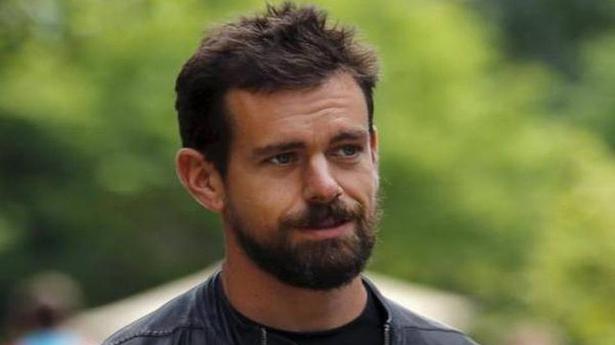 Even with considerable security precautions in place, Twitter chief executive Jack Dorsey became the victim of an embarrassing compromise when attackers took control of his account on the platform by hijacking his phone number.

Mr. Dorsey became the latest target of so-called “SIM swap” fraud which enables a fraudster to trick a mobile carrier into transferring a number — potentially causing people to lose control not only of social media, but bank accounts and other sensitive information.

This type of attack targets a weakness in “two factor authentication” via text message to validate access to an account, which has become a popular break-in method in recent years.

Twitter said on August 30 the account was restored after a brief time in which the attackers posted a series of offensive tweets.

But Ori Eisen, founder of Arizona-based security firm Trusona, which specializes in authentication without passwords, said the rapid fix should not be seen as an answer to the broad problem of SIM swap fraud.

“The problem is not over,” Eisen said, noting that these kinds of attacks have been used to take over other high-profile social media accounts and for various kinds of fraud schemes.

Mr. Eisen said it’s not clear how many people are attacked in this manner but that automated technology can create billions of calls that lure people into giving up information or passwords.

Some analysts say hackers have found ways to easily get enough information to get a telecom carrier to transfer a number to a fraudster’s account, especially after hacks of large databases which result in personal data sold on the so-called “dark web”.

“Mobile accounts’ text messages can be hijacked by sophisticated hardware techniques, but also by so-called ‘social engineering’ — convincing a mobile provider to migrate your account to another, unauthorised phone,” said R. David Edelman, a former White House adviser who heads a cybersecurity research centre at the Massachusetts Institute of Technology.

“It only takes a few minutes of confusion to make mischief like Dorsey experienced.”

Thousands of these attacks have been reported in countries where mobile payments are common, including in Brazil, Mozambique, India and Spain.

Researchers at the security firm Kaspersky say security systems by many mobile operators “are weak and leave customers open to SIM swap attacks” especially if the attackers are able to gather information such as birth dates and other data.

In a recent blog post, Kaspersky researchers Fabio Assolini and Andre Tenreiro said some cases come from cybercriminals paying off corrupt employees of mobile carriers — for as little as $10 to $15 per victim.

“The interest in such attacks is so great among cybercriminals that some of them decided to sell it as a service to others,” the researchers wrote.

In Brazil, some criminals have taken over victims’ WhatsApp accounts, using it to ask the person’s friends for “urgent payment,” Mr. Assolini and Mr. Tenreiro wrote.

“This is a pretty ripe avenue for fraud,” said Joseph Hall, technologist at the Centre for Democracy & Technology in Washington.

Mr. Hall said some carriers are using artificial intelligence to separate the legitimate SIM card replacements from fraud, but that this has not been universally deployed.

“I would blame the carriers for not having more robust ways to authenticate users,” he added, while also calling on Twitter to offer better safeguards.

A faked tweet from the President or other prominent person could lead to “devastating consequences,” such as a plunge in financial markets, Mr. Hall said.

“This kind of thing becomes hard to counteract, because even after the information comes out that it’s a hoax, people may not believe it,” he said.

The Dorsey case, Mr. Hall said, highlights the need for better forms of authentication, especially for large online platforms like Facebook and Twitter where messages can have an impact.

This could involve a physical key that plugs into a device or a software-based system such as Google Authenticator, Mr. Hall noted.

Mr. Eisen said that paradoxically, the push for longer and more complex passwords has led to greater use of insecure text messages for authentication.

“The security practitioners must come to terms with the fact that what used to work doesn’t work now,” he said.

“We need to look for solutions that are not so easily exploited by bad guys and are easy for people to adopt.”

Ivanka Trump brushed off criticism that her family has profited off the presidency and said Friday a big difference between her family and Democrat Joe Biden’s is that President Donald Trump amassed his fortune before he entered politics while Mr. Biden’s wealth is “derivative” of his time in office. In an interview with AP, she […]

President Donald Trump is set to unveil his administration’s much-anticipated West Asia peace plan in the latest U.S. bid to resolve the Israeli-Palestinian conflict. Given that it has been emphatically rejected by the Palestinians, the latest of many U.S. proposals to address the bitter, multi-generational West Asia conflict might seem to have little future. In […]