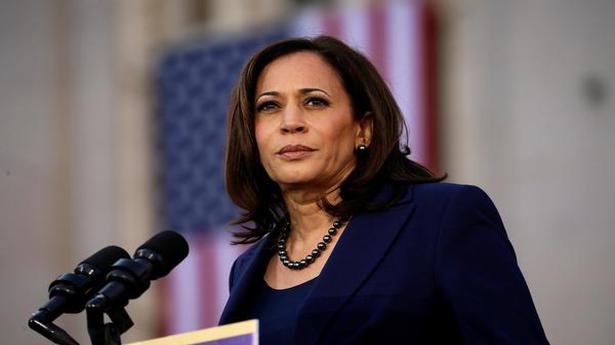 “There is no political inconvenience exception to the United States Constitution,” Ms. Warren said.

“If any other human being in this country had done what’s documented in the Mueller report, they would be arrested and put in jail.”

The impeachment debate, which is raging among Democrats nationwide, played out on national television Monday as five 2020 hopefuls representing different wings of the party addressed young voters in first-in-the-nation primary state New Hampshire.

While they took turns on stage, the forum — hosted by CNN — marked the first time this young presidential primary season in which multiple candidates appeared on national television for the same event.

The five-hour marathon marked a preview of sorts for the party’s first formal presidential debate, set for late June. On Monday, they clashed from afar while taking questions from college students about free college, free health care, gun control and impeachment.

A central question underscored many of the questions posed to the candidates, who were in many cases forced to address their greatest political liabilities: Who is best positioned to deny Mr. Trump a second term? Bernie Sanders, a front-runner in the crowded Democratic field who has pushed much of his party to the left in recent years, was asked to defend his decision to embrace democratic socialism.

“It’s a radical idea. Maybe not everyone agrees. But I happen to believe we ought to have a government that represents working families and not just the 1 percent,” he said.

Republicans, led by Mr. Trump, have spent much of the last year warning voters that Democrats would take the country toward socialism should they win in 2020.

Minnesota Sen. Amy Klobuchar, who has cast herself as a Midwestern pragmatist well positioned to appeal to the middle of the country, refused to embrace “Medicare for All,” free college or Trump’s impeachment.

“I wish I could staple a free college diploma to every one of your chairs,” Ms. Klobuchar told the audience of college students. “I have to be straight with you and tell you the truth.” Ms. Warren, a champion for her party’s more liberal wing, called for an “ultra-millionaires’ tax” on income over $50 million to help pay for free college, free child care for all children 5 and younger, free universal prekindergarten and student-debt forgiveness.

“We say good for you that you have now gotten this great fortune,” she said of the nation’s wealthiest taxpayers. “But you gotta pay something back so everybody else gets a chance.” The Republicans tasked with helping Mr. Trump win re-election paid close attention to the Democrats’ answers, seeking political ammunition to tear them down.

GOP Chair Ronna McDaniel pounced on Mr. Sanders’ call to restore the voting rights of felons, including people like the Boston Marathon bomber, who killed three people and injured hundreds in 2013 with a pair of pressure-cooker bombers and was sentenced to death.

“I think the right to vote is inherent to our democracy,” Mr. Sanders said. “Yes, even for terrible people.” McDaniel responded on social media: “If you had any doubt about how radical the Democrat Party has become, their 2020 frontrunner wants to let terrorists convicted of murdering American citizens vote from prison. It’s beyond extreme.” South Bend, Indiana, Mayor Pete Buttigieg, who has generated tremendous buzz recently in the Democratic field, also opposed Sanders’ position.

The 37-year-old openly gay former military officer said felons should have their voting rights restored only after they leave prison, not before.

There was very little discussion of immigration, an issue that has largely defined Trump’s presidency. Most of the Democrats seeking the presidency support a pathway to legal status for immigrants in the country illegally, particularly those brought to the country as children.

Mr. Buttigieg noted that most Americans support such a plan, based on public polls. And he condemned Trump for inflaming immigration tensions for political gain.

“We’ve got a White House that’s actually computed that it’s better off politically if this problem goes unsolved,” Buttigieg said. “It’s been used to divide us.”

Foreign policy was also an afterthought for most of the night, though Sanders drew cheers from the young crowd when he condemned Israeli Prime Minister Benjamin Netanyahu for treating Palestinians “unfairly.”

The Vermont senator said he believes the United States should “deal with the Middle East on a level-playing-field basis.” The goal, he continued, must be to try to bring people together and “not just support one country, which is now run by a right-wing, dare I say, racist government.”

Just five of the roughly 20 Democratic presidential candidates participated in Monday’s forum. Former Vice President Joe Biden, expected to announce his candidacy later in the week, was among the missing.

In an unprecedented move, the United States on Wednesday slapped sanctions against Iranian Foreign Minister Javad Zarif on the ground that he acted or purported to act for or on behalf of, directly or indirectly, the Iranian Supreme Leader. “This action represents another step toward denying the Iranian regime the resources to enable terror and […]

Pakistan to receive over $2 billion loan from China

Cash-strapped Pakistan will receive over $2 billion loan from its “all-weather” ally China to provide a boost to its ailing economy, the country’s Finance Ministry has announced. Ministry’s adviser and spokesperson Khaqan Najeeb Khan said that “all procedural formalities” for the transfer of the $2.1 billion (15 billion yuan) loan being provided by the Chinese […]

A gunman armed with multiple weapons opened fire in a mosque near Oslo on Saturday, injuring one person before being overpowered by an elderly worshipper and arrested, Norwegian police and witnesses said. Hours after the attack, the body of a young woman related to the suspect was found in a home in the suburb of […]